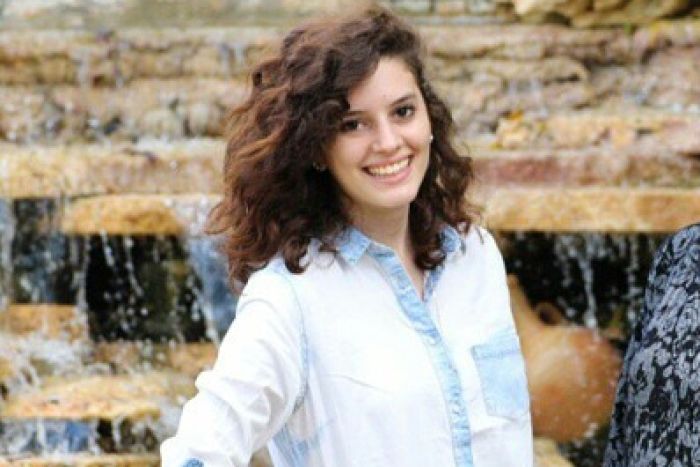 Ms Maasarwe was murdered in Melbourne in January. Photo: ABC

Codey Herrmann has pleaded guilty to the murder and rape of Arab-Israeli student Aiia Maasarwe, whose body was found near a tram stop in Melbourne’s north in January.

The 21-year-old had been travelling home from a night out at a comedy club when she was attacked shortly after midnight on January 16.

Ms Maasarwe was on the phone to her sister when she was attacked on the footpath just after midnight.

Her body was found by passers-by behind a hedge outside a shopping centre, about 100 metres from the Route 86 tram stop, early that morning.

The discovery of her body sparked an intense hunt for her killer before police arrested and charged Herrmann two days later.

Appearing in the Melbourne Magistrates’ Court via video link on Friday morning, Herrmann, 20, said little except to plead guilty to the charges.

He is scheduled to appear in the Supreme Court next week and will be sentenced at a future date.

Police told the court they had spoken to Ms Maasarwe’s family overseas about the court proceedings.

Ms Maasarwe had travelled to Melbourne to undertake a one-year exchange program at La Trobe University.

She was five months into the exchange, which she hoped to use to further her business studies, when she was killed.

Her family said she was an exceptional student who had won prizes for her proficiency in Chinese.

She was on the exchange from her university in Shanghai.

Her murder spurred hundreds of Melburnians to hold a vigil in her memory, during which flowers were laid inside a Route 86 tram as it travelled through the city.

Ms Maasarwe was widely remembered by friends and family as an intelligent, friendly, funny and adventurous woman who spoke several languages.

Her father, Saeed, travelled to Melbourne in the week of her death to take her body back to Israel for burial in her hometown.

Through tears, he urged people to embrace his daughter’s life philosophy of peace, love and beauty.

Days later, thousands of mourners marched through the streets of the Arab-Israeli town of Baka al Gharbiyye as Ms Maasarwe’s body was laid to rest.