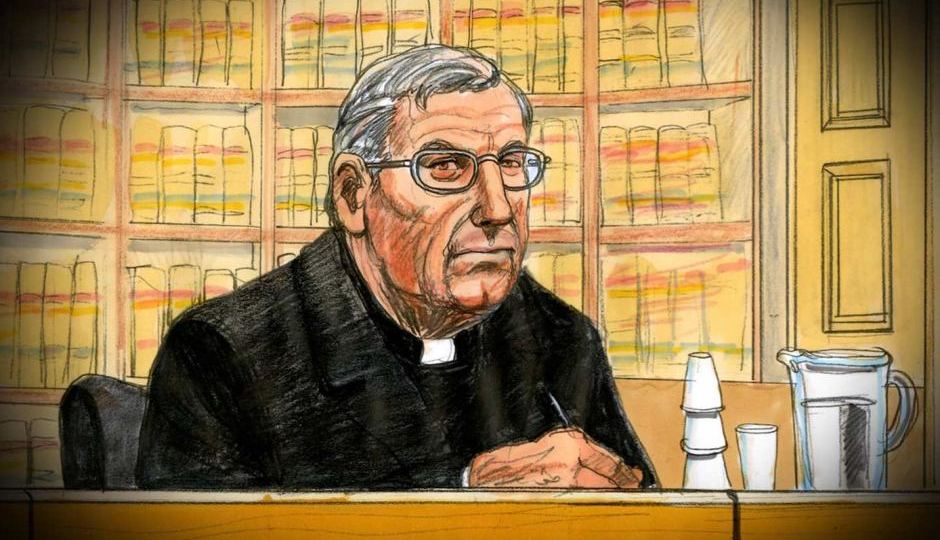 Crown prosecutors will launch a tough fightback against Cardinal George Pell’s legal bid for freedom when the second day of his appeal resumes on Thursday.

The 77-year-old former Vatican treasurer, who was sentenced to six years in prison in March for violent assaults against two choirboys in the 1990s, will again be escorted by guards into Court 15 as he seeks to have charges overturned.

Senior prosecutor Christopher Boyce will lead the crown team that will argue the guilty verdict – handed down by a unanimous jury last December – is safe and correct.

The New Daily understands the Crown team is likely to “methodically” shoot down the points raised on the first day of the hearing by Pell’s legal team, led by appeals specialist Bret Walker, SC.

“The prosecution has to persuade the court that Walker has not raised anything plausible,” a legal source said.

“More than likely they will say that although it was hard, the jury had a clear path to find against Pell.”

On Wednesday, Mr Walker passionately argued that Pell’s shock conviction for child sex attacks, committed at Melbourne’s St Patrick’s Cathedral, was “unsafe” and that timing surrounding the alleged events and alibis for the cardinal were key factors in proving the jury made an error.

He addressed the three appeal judges – Supreme Court Chief Justice Anne Ferguson, Justice Chris Maxwell, the president of the Court of Appeal, and Justice Mark Weinberg – as the hearing was live streamed on the internet.

As he went on the attack, he argued that it was physically impossible for Pell to have been in the St Patrick’s Cathedral sacristy at the time of the first attack.

“If he was at the western door, then the law of physics means this is literally and logically impossible for the offending to have occurred,” Mr Walker said.

The barrister, regarded as one of the best in his field, argued the dates of the two separate attacks on the boys were uncertain, and added it would have been impossible for Pell to have moved his heavy formal robes to carry out the first attack, which occurred in late 1996.

Regarding that incident, he also said it could not have taken place in such a busy area: “No one else, apart from the victim or the perpetrator, was in that room for five or six minutes.”

Toward the end of Wednesday’s hearing, Ruth Shann, who also worked on Pell’s team during the trial, argued that it was wrong that a video depicting the movements of the cardinal, choirboys and staff at the cathedral was not allowed to be shown to the jury.

The animation was dubbed the “Pac Man” video by media covering the case.

“In the 21st century, an accused person should not be deprived of using 21st-century technology,” Ms Shann told the judges.

However, Justice Weinberg appeared unconvinced, telling the lawyer: “I don’t see the point of it”.

Pell, who is expected to take the case to the High Court if he fails to win his appeal, is being held in solitary confinement at Melbourne Assessment Prison in Melbourne’s CBD as he is deemed too high profile to mix safely with other inmates.

He is eligible to apply for parole after three years and eight months.

The New Daily understands a decision is likely to be handed down by the appeal judges in the next two weeks.

In the meantime the Vatican has launched its own investigation into the allegations, which will determine whether Pell is de-frocked.

His role as treasurer already expired in February.

Investigative journalist and writer Lucie Morris-Marr has covered the entire Pell case for The New Daily. Her forthcoming book, Fallen – The inside story of the secret trial and conviction of Cardinal George Pell, will be published by Allen & Unwin in September