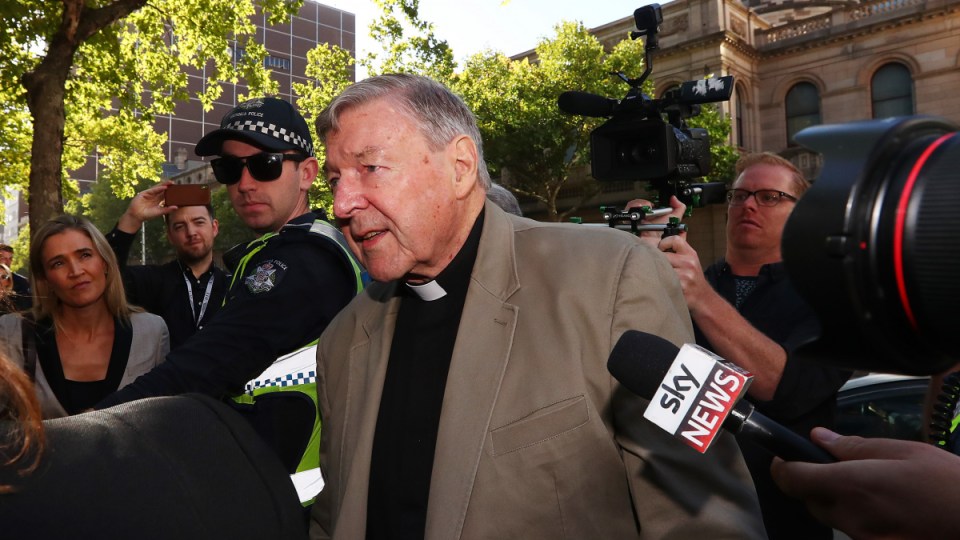 Victims of sexual abuse can never appeal their sentence. They have to live with the results of abuse for the rest of their lives.

This week convicted child abuser and former head of one of the largest and most wealthy banks in the world, the Vatican Bank, George Pell will appeal his sentence.

Here is a thought: In this week of Pell’s appeal, why not redirect those tax breaks to victims?

Pell has every right to be heard and justice must ensure that his conviction for abusing the two children is fair. Love or hate Pell, justice demands that he not serve time in this case for any other issue of with which he stands accused, but was not before the courts in this case.

This case is not about the larger sins of the Catholic Church, which for years turned its backs on victims and allowed abusing priests to continue their vile crimes.

This case is not about the 7 percent of clergy who, according to the Child Abuse Inquiry, engaged in sexual abuse.

This case is not about the appalling ‘Melbourne Response’ Pell set up which has seen victims under Pell’s control get about 30 percent less than victims in the rest of the country. Even then, the national average was a pitiful $49,000 under the ‘Towards Healing’ program.

This case is not about the $30 billion in assets that the Church has been estimated to own throughout the country.

This case is not about the tens or hundreds of millions of dollars the Church gets in tax breaks on land tax, shops, businesses and other activities.

This case is not about the $39 million that the Melbourne archdiocese paid for its new headquarters, right when it said paying more compensation would threaten the Church’s social programs. I didn’t realise ‘social program’ was a euphemism for ‘buying our new headquarters’.

In 1993 as a young lawyer I sat through a trial where the accused priest made the victim and his family give evidence. The priest had already been found guilty in a criminal court, yet the Church and its wholly owned insurance arm, Catholic Church Insurance, still made the victims go through the harrowing details yet again.

The victim’s girlfriend broke down on the stand when she said this:

Pell’s appeal is not about that brave woman or her evidence either.

It is time we ended these ludicrous tax breaks for multi-billion-dollar organisations like the Catholic Church and thought about redirecting these tax breaks to victims.

Think about it this way: The total payout to victims so far in Australia is less than $100 million – or less than only one year’s worth of tax breaks.

There are many good Catholics in the world. My grandmother was one. And while I am not a believer, indeed I am an atheist, I have written on these pages in defence of freedom of religion on several occasions. I am not anti-religion, but I am anti-hypocritical institutions that we fund through our tax.

Even Pope Francis is struggling to get his Church to respond faster and better to past abuses and try and prevent future ones.

The institution of the Church is rotten to the core. A priest taking the sacrament from a golden chalice, while preaching to care about the poor, desperately needs remedial lessons in semantics.