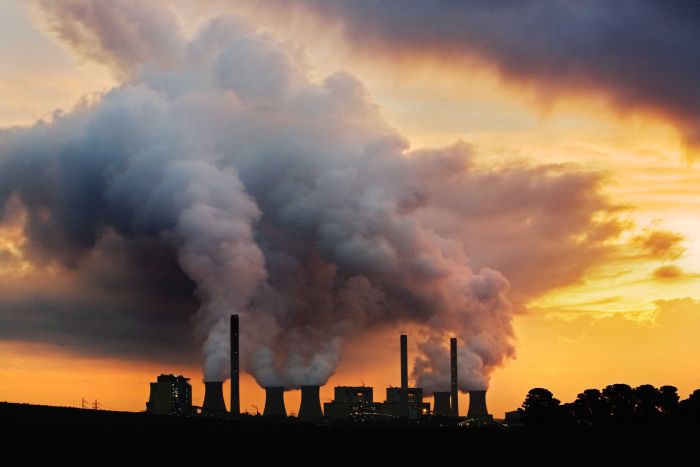 Victoria’s coal-fired power plants released more than a tonne of mercury into the atmosphere during 2017-18, according to data from Australia’s National Pollutant Inventory.

But much of that could have been avoided if available emissions-capture technology was retrofitted, advocates said.

The data released on Friday showed coal-fired power stations and coal mines were the greatest source of fine-particle pollution, oxides of nitrogen and sulfur dioxide nationwide.

Yallourn power station alone emitted 435 kilograms of mercury – the highest in the country.

But stations fitted with emissions-capture technologies were able to significantly reduce their fine particle emissions, according to James Whelan from legal advocacy Environmental Justice Australia.

“There are just four power stations in the country that we’re aware of that haven’t fitted fine-particle bag filters and they jump off the charts in terms of fine-particle pollution,” Dr Whelan said.

“Three of them are in Victoria and the other one is in Queensland.

“There are two things stopping power stations from fitting these fine-particle emissions controls. The first thing is that governments aren’t asking them to.”

Cost is the other factor. But any cost-benefit analysis needs to factor in the impacts on health, Dr Whelan said.

Up to 3000 deaths in Australia each year can be attributed to air pollution, according to research from the Australian Institute of Health and Welfare (AIHW).

Decreased lung function, increased respiratory symptom and increased cardiovascular and cardiopulmonary disease are all considered to have a “statistically significant” relationship with air pollution, according to a 2016 Australian government State of the Environment report.

Environmental Justice Australia estimates the annual health cost from air pollution could run into the billions.

Tony Capon of the University of Sydney told the ABC last year that the cost to Australia from the health impacts of the energy and transport sectors alone could be as high as $6 billion.

But in a statement on Monday, the Australian Energy Council pointed to research from the CSIRO in 2015 that showed emissions from Victoria’s power stations contributed less than 1 per cent of total mercury concentrations in the Latrobe Valley.

“The [research] noted that mercury concentrations in the region are dominated by the atmospheric background and natural emissions from vegetation, soil and water,” the statement said.

The Victorian government is currently reviewing the licences of the three brown-coal-fired power stations, and is taking community submissions on what specific licence conditions should be set.

There have been “thousands” of submissions calling for greater emissions controls and more accurate reporting measures to be mandated, according to Dr Whelan.

“We think communities have a right to breathe the cleanest air possible and power stations have a social licence to do everything they can to reduce their emissions.”

But the level of mercury emitted by Australian coal-fired power plants is quite low compared to others such as the United States, according to Sankar Bhattacharya from Monash University.

“Victorian brown coal actually has very little mercury, but it does accumulate [in the environment],” Professor Bhattacharya said.

“They can resolve the problem by having mercury absorbers. The technology is available, but whether or not they need it is another story.”

Fine-particle pollution is another hazard where technology exists to mitigate it, but it’s not always used.

Bag filters can help reduce the amount of PM 10, or particulate matter smaller than 10 microns that power stations release.

At this size, particles can enter the lungs and bloodstream. But bag filters are less effective for particles referred to as PM 2.5, or particulate matter smaller than 2.5 microns, Professor Bhattacharya said.

Particles below PM 2.5 pose the greatest threat to health, according to the US Environmental Protection Agency.

Responding to questions from the ABC, an Energy Australia spokesperson said they “strongly reject the implication that [their] operations pose unacceptable risks to human health”.

“We take great care to ensure emissions remain within licence limits and that any impacts from our operations are socially and environmentally acceptable,” they said.

AGL acknowledged that some emissions categories had increased at Loy Yang over the past 12 months, but said that part of the issue was the increased demand following the closure of Hazelwood.

“While our 2018 emissions were still well within our licence conditions, we are committed to improving the efficiencies of our existing plants, including potential emissions reduction programs,” AGL executive general manager group operations Doug Jackson said.

But licence agreements set emissions limits far too high, according to Dr Whelan.

“International experts have advised the Victorian and New South Wales governments that the current limits are many times higher than those permitted in developed and most developing countries,” he said.