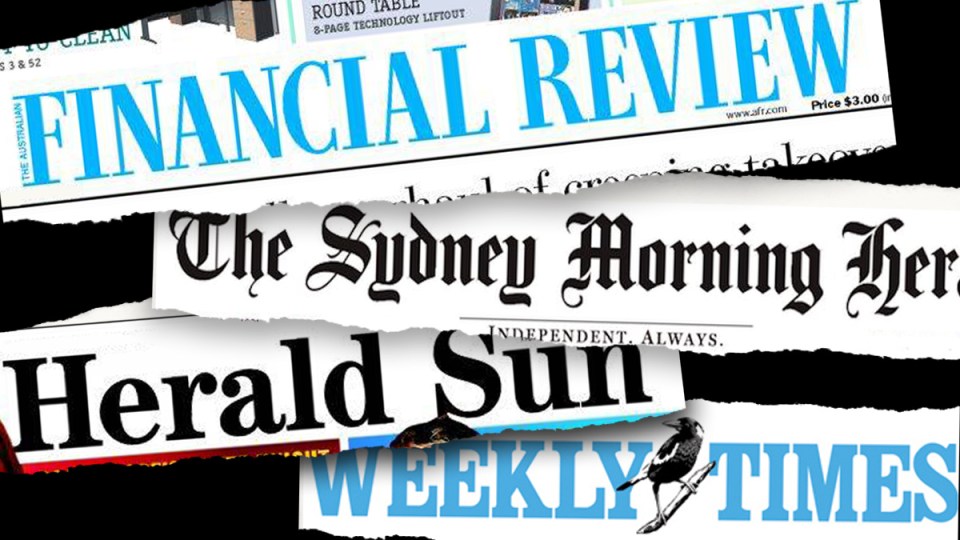 A police media adviser was one of dozens of professionals referred to prosecutors over criticisms of a suppression order banning the reporting of the conviction of Cardinal George Pell.

The New Daily can reveal a Victoria Police staffer was reported to the Office of Public Prosecutions the day after Pell was found guilty of molesting choirboys.

It comes as 36 of some of the most prominent figures in the Australian media are facing jail time over allegations they prejudiced the trial.

Dozens of tweets, Facebook posts and news articles were referred to the OPP for investigation in December as prosecutors considered taking action on individuals and organisations they thought were breaching the gag order.

While at the lesser end of the scale of the comments raising eyebrows after the Pell suppression order, the fact that posts by police force employees were being reported to the OPP showed how difficult it was for the courts to contain the information and associated chatter.

It also demonstrated how closely social media platforms – even personal pages – were being monitored.

In a post on a personal Twitter page, the Victoria Police media adviser had written: “Inconceivable this is happening in 2018. Australian media outlets can’t print the story but international ones can. In the digital age, how can that be justified?”

The post was later removed after the staff member was notified of concerns over the comments.

Victoria Police media director Charlie Morton confirmed the “inappropriate” comments had been critical of the court gag, but said they were not in breach of the suppression order.

“The post was quickly flagged with the employee and was taken down immediately … the employee received workplace training to ensure it would not happen again,” Mr Morton said.

On Tuesday, the Director of Public Prosecutions named 36 organisations and individuals in a motion before the Victorian Supreme Court, asking they be found guilty of contempt of court.

Prosecutors have also named organisations, including the Nine Network, Fairfax (publisher of The Sydney Morning Herald, The Australian Financial Review and The Age), The Herald and Weekly Times (publisher of the Herald Sun), the Mamamia website, and Macquarie Media (owner of 3AW and 2GB radio stations).

The New Daily covered every day of the Pell trial but did not breach suppression orders.

Pell was found guilty in December 2018 of orally raping a choirboy and molesting another when he was Archbishop of Melbourne at St Patrick’s Cathedral in 1996 and in early 1997.
• Cardinal George Pell was released from prison on April 7, 2020 after the High Court quashed his five convictions for child sexual abuse.

BREAKING; the full list of respondents and parties who will appear in court April 15 accused of breaking the Cardinal Pell suppression order. Includes the editors of both @theage and @theheraldsun pic.twitter.com/WPf0IuYXUY

The verdict was initially suppressed as prosecutors did not want to prejudice another potential trial that related to allegations Pell had groped boys at a swimming pool in the 1970s.
Chief Judge Peter Kidd ruled that if a jury knew Pell had already been found guilty of similar offending, they might assume he was guilty of the other allegations.
Despite the ban, the news spread quickly across the world on social media and through prominent international media outlets.
In Melbourne, The Age newspaper ran a story entitled: “Why media can’t report on a high-profile case”.
The story read: “A very high-profile figure was convicted on Tuesday of a serious crime, but we are unable to report their identity due to a suppression order.”
The Herald Sun ran similar stories and covered their front page with a black square, with the headline: “CENSORED”.
Judge Kidd was furious at the media’s handling of the suppression order and the DPP later issued “show-cause” notices to media outlets.

Prosecutors have since decided to lay charges, meaning journalists and editors could face fines or even jail time.

A summons document released by the Supreme Court on Tuesday showed the Director of Public Prosecutions would allege the media had broken suppression orders, committed contempt of court, and aided and abetted overseas media.
The DPP said the conduct had the effect of “scandalising the court”.
Supreme Court Justice John Dixon will hear the application on April 15.
Follow Us