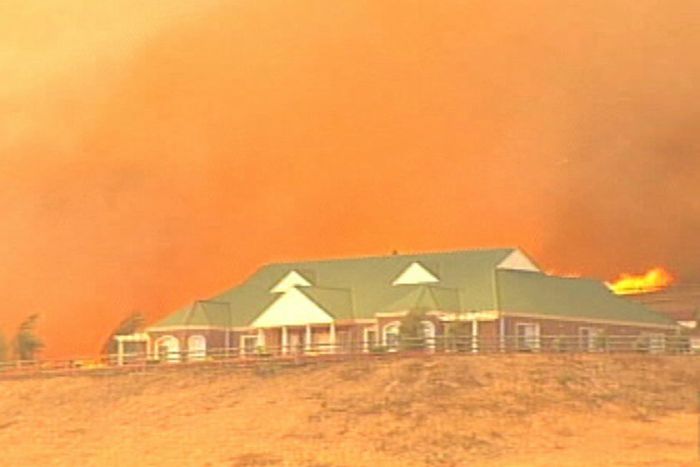 The 2009 Black Saturday bushfires were the most devastating in Australian history, with 180 lives lost. Photo: ABC

Survivors of Victoria’s deadly Black Saturday bushfires will be charged tax on interest accrued on their record payouts, the Federal Court has ruled.

The 2009 Black Saturday bushfires were the most devastating in Australian history, with 180 lives lost.

Lawyers for survivors had sought advice on whether to challenge the Australian Taxation Office (ATO) decision to tax the interest on a $300 million settlement for Murrindindi-Marysville victims, which was approved in 2015.

The case will also have implications for the almost $500 million settlement that was approved in December 2014 for the Kilmore East-Kinglake fire victims.

About 5000 victims sued electricity provider SP AusNet, Utility Services Corporation Limited and the Department of Sustainability and Environment after more than 100 people died in the East Kilmore-Kinglake fires in February 2009.

Law firm Maurice Blackburn and the ATO had been tied up in negotiations on the interest owed, and after they failed to come to an agreement, the firm’s head of class actions, Andrew Watson, launched a case against the ATO in the Federal Court on March 28, 2018.

Maurice Blackburn received tens of millions of dollars’ worth of fees from the Marysville class action and the Kinglake class action.

The tax liability has been reported as being as high as $20 million.

Judge rules this was no commercial venture

In the financial year ended June 30, 2016, Mr Watson, acting in his capacity as scheme administrator of the Fund, derived $8,355,722 in interest income when fund money was deposited in a series of term deposits and other interest-bearing bank accounts.

Mr Watson claimed he was entitled to deduct the outgoings from the assessable income of the Fund in the relevant year, being the interest income.

He argued he was “vastly experienced in administering schemes of this kind”; had maximised returns, engaged up to 49 people to assist him in the administration, and “established databases for the management and administration”.

His expectation was that the administration costs could be paid out entirely from the interest, and he argued this was indicative of the carrying on of a business.

The Court rejected that argument and dismissed the appeal application.

Justice Middleton said expenses for which he claimed the deductions related to the distribution of the Fund, not to deriving income from bank deposits.

He added: “I do not consider that the activities of the Taxpayer (Mr Watson) properly identified, were of a commercial character.”

“I am not persuaded that there existed a profit-making purpose which motivated the Taxpayer’s (Mr Watson’s) activities.”

The judge said, “As was put by the Commissioner in the course of oral submissions, this is not a profit-making purpose in the ordinary, commercial sense”.

Maurice Blackburn Lawyers class action spokesman Cameron Scott said they were disappointed with the outcome and were considering an appeal.

“This was an issue we had to test, because it meant either accepting that there was nothing more for bushfire survivors or fighting to extract every last bit of financial support for them we could,” he said.

“We are obviously disappointed with the outcome and we will be discussing the possibility of appealing the decision of the Federal Court with our legal advisers.”