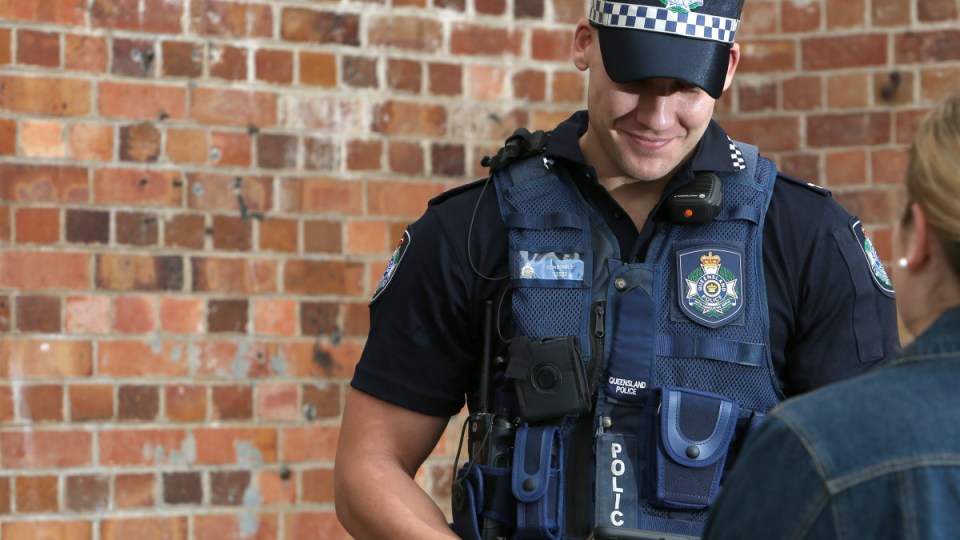 Body-worn cameras are being rolled out to Victoria Police and experts say it could impact privacy and the right to remain silent, without adequately keeping police accountable.

It comes after 150 body-worn cameras were trialled by Ballarat and Epping police in April this year.

He said the most serious implication was the threat to the right to remain silent.

Prof Bronitt said it was problematic and unfair that an individual would not know they were being recorded, while an officer knows they are gathering evidence.

Alexander Hayes, a PhD student examining the ethical implications of body-worn technologies, said the cameras were changing the way people interacted with police.

“The interview is starting as soon as the person starts interacting with the officer,” he said.

Victoria Police said the trials were successful, resulting in four early guilty pleas due to evidence recorded by the cameras.

Police Minister Lisa Neville said she expected positive results to continue as the cameras are more widely used by officers.

The cameras will be used by police officers in their general duties. This could be when pulling over a car, conducting drug and alcohol tests or when making an arrest.

But police officers do not need to inform people that the cameras are recording. They can choose when to activate them.

If a police officer is unsure whether they should start recording, the officer should record and log the footage in the database. If they do not use the cameras, they will have to record their reasons for not doing so.

Police already use other surveillance cameras, such as in patrol vehicles, without consent.

The body-worn cameras are already used in Queensland.

A Victoria Police spokesperson said one of the benefits of body cameras was their role in police accountability.

However, Commissioner for Children and Young People Liana Buchanan said accountability would only be achieved if the cameras were switched on consistently.

The 2018 Commission for Children and Young People’s annual report revealed that emergency response staff in the Grevillea Youth Justice Precinct turned off body cameras before an alleged assault on detained youth.

The commission was highly critical of the noncompliance with Corrections Victoria’s policy guidelines on how to use the cameras.

She sees the value in the cameras for accountability and transparency, but strongly believes they can only achieve accountability if they are used consistently.

The Flemington and Kensington Community Legal Centre submitted an open letter to the Chief Police Commissioner in March before the trials.

The letter cautioned that body cameras would only help with police accountability if “there is certainty they are activated during all critical encounters”.

The Surveillance Devices Act was amended in November 2017 to include body-worn cameras, officially giving police officers the power to use the cameras.

Recorded footage is classified as protected information, restricting its disclosure by only allowing authorised police officers to access to the footage.

The use of body cameras in policing is also being trialled in family violence incidents following the 2016 royal commission.

One of the recommendations in the report was the use of body cameras to collect statements and evidence from family violence incidents.

Witnesses would be spared the stress of giving evidence in court, guilty pleas would be encouraged, courts would have higher quality evidence and it would increase confidence that offenders are held to account.

It also warned of potential unintended consequences for victims if footage was used against them and the risk of, “re-victimisation by pressuring the victim to give an immediate statement on camera”.

Trials are underway in Ballarat and Epping of recording digital statements from family violence victims and will continue for at least 12 months, Victoria Police confirmed.

Are police body-worn cameras blurring the line between security and surveillance?