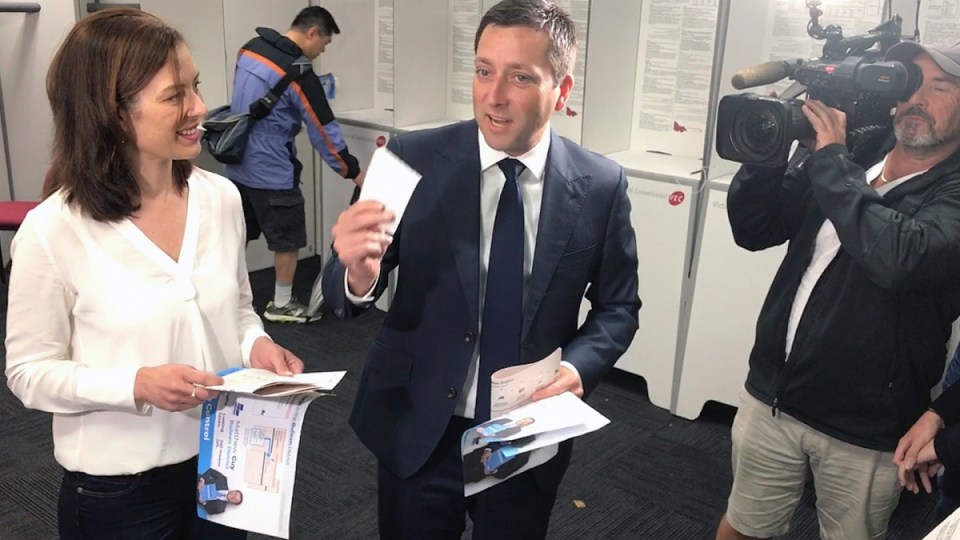 Victorians will need to wrestle an enormous upper house ballot paper into the voting booth this election day and make sense of political parties most people have never heard of.

Some of those micro parties could be handed a spot in Parliament because of preference deals made under the group voting system.

Analysis by ABC election expert Antony Green found candidates with as little as 0.3 per cent of the vote could end up in the upper house.

What are some of the more bizarre parties vying for a spot?

Some of its more controversial policies appear to have been erased from the party’s website in the past week. The immigration section of the website had proposed putting new migrants on a 10-year good behaviour bond, according to screenshots.

The site also previously said the party wanted a public inquiry into what drives “ethnically and linguistically-specific enclaves”, the screenshots showed. The party said it would cap the number of students from non-English speaking backgrounds to 30 per cent of public school enrolments. The website had also said new arrivals found guilty of multiple offences should get a “one-way ticket from where you came from”.

The New Daily has contacted the party.

The Health Australia Party (HAP) wants “natural” medicine to be on par with “pharmaceutical medicine”, and blames criticism of its policies on “big pharma”.

The party rejects reports it is anti-vaccination, saying it merely opposes the ‘no jab no pay’ rule from the federal government and Victoria’s ‘no jab no play’ rule to increase immunisation rates in kindergartens.

“What HAP does oppose is denial of parents’ rights to make informed choices about health interventions without penalty,” the party website says.

The party has also been criticised for advocating against the use of fluoride in water.

Australian Liberty Alliance is anti-Islam and is campaigning to “stop Islamisation” of Victoria. The party wants panic buttons in schools and police school marshals in “violent hot spots”. Other state policies include strengthening the police force, establishing a voluntary police reserve and abolishing bail for violent repeat offenders. It appears to be against Safe Schools, writing on its party flyers it wants to “stop gender identity programs”.

One of its candidates is far-right anti-Islam commentator Avi Yemini, running in the southern metropolitan region, who was temporarily taken off Facebook for ‘hate speech’.

It also wants compensation and subsidies for taxi drivers and hire car licence holders, to “address the past misdeeds” following the legalisation of Uber.

This party’s main policies are based on curbing development and population growth. The party wants an increase to public housing stock and to transition to renewable energy.

Vote 1 Local Jobs hopes to decentralise the state by encouraging jobs growth in regional Victoria. The party wants to remove payroll tax completely for country businesses, increase metropolitan payroll tax by 1 per cent, and move 5 per cent of government departments to the regions.

Australian Country Party is another minor party rooting for decentralisation, as its name might suggest. It also wants to exempt regional businesses from payroll tax, move government agencies to the country, and invest more in roads and rail. The party also wants to fill NBN and telephone reception “black spots”, and get rid of red tape for firearm licences it deems unnecessary.

How to vote in the upper house

Victorians can vote ‘1’ in a single box above the line on the upper house ballot. If you do so, your preferences will follow those dictated by the party.

To control where your preferences go, you’ll need to vote below the line by numbering at least 1-5 or more. Your vote will be exhausted when you stop numbering.

For the lower house, voters need to number every single candidate running in the seat.