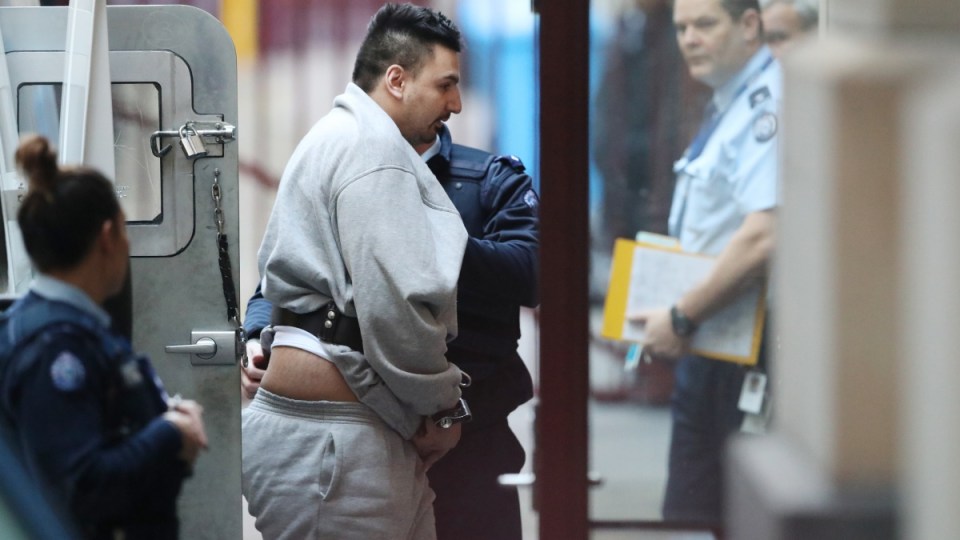 James Gargasoulas made a rambling statement to the court. Photo: AAP

In a confusing and rambling appearance in the witness box, James Gargasoulas has apologised for killing six people during a car rampage through Melbourne’s Bourke Street last year.

The 28-year-old told the Supreme Court on Monday he had permission to hit people, from a premonition half an hour earlier, but no permission to kill anyone.

“I apologise from my heart but that’s not going to fix anything … neither will a lengthy sentence fix what I done,” he told his murder trial.

He has pleaded not guilty to six charges of murder and 27 of reckless conduct endangering life but admits his conduct caused his victims’ deaths and injuries.

His appearance in the witness stand lasted no more than 15 minutes.

He answered a few questions from his lawyer Theo Alexander before reading a two-page handwritten statement, condensed from an initial 25 pages.

He told the court he still hadn’t gathered his thoughts to understand why he did it, but that he’d had a premonition before driving down Bourke St.

Gargasoulas said he hadn’t intended killing anyone – “most likely to hit someone, not kill them” – in order to get the police away from him.

He revealed he believed in the Illuminati, that a comet relating to judgment day was coming to smite the earth and that it was his role to fight oppression.

He also made reference to Friday’s terror attack in Bourke St and the December 2017 Flinders Street car attack.

He also told the court he wants “God’s royal laws” reinstated, under which the penalty for his crimes would be death.

Under cross-examination he told Director of Public Prosecutions Kerri Judd QC he didn’t intend to kill people but knew death or serious injury was probable.

“I had permission to run people over but that doesn’t mean I have permission killing people,” he told the court.