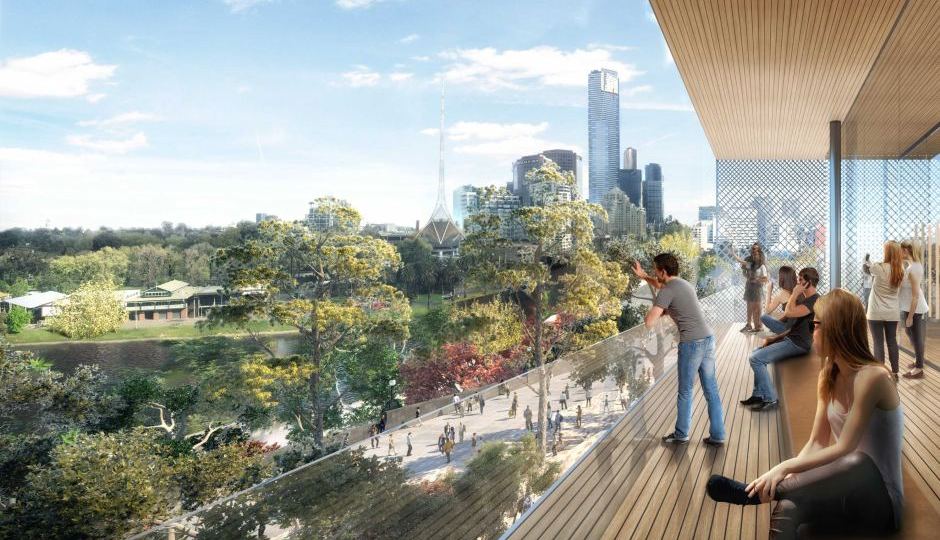 An artist's impression of the Apple Store planned for Federation Square. Photo: Apple

Melbourne’s Federation Square has been recommended for heritage protection in a move that could make it more difficult for tech giant Apple to get a permit to build its new store alongside the Yarra River.

The National Trust originally made the nomination because chief executive Simon Ambrose said the square needed to be protected for future generations for its historical, architectural, cultural and artistic significance.

Heritage Victoria imposed an interim protection order on the site while it considered the application.

It has now completed its assessment and made a formal recommendation to the Heritage Council of Victoria to include Federation Square on the Victorian Heritage Register.

The proposal is open to public consultation for 60 days before the final decision can be made by the Heritage Council, which is an independent statutory body.

Mr Ambrose said the aim was to ensure there was “appropriate development” in the square, and that it involved community consultation.

“We’d like a master plan developed for Federation Square that includes [any development] into the future, [that] appropriate community consultation goes ahead and if the Apple store is part of that then that’s all well and good,” he said.

But the move could make it more difficult because Apple would need to seek a permit from Heritage Victoria to demolish part of a building in the square for its new megastore.

The original plans were criticised for a lack of public consultation, and dubbed by some as a “Pizza Hut pagoda”, before they were redesigned.

Heritage Victoria rejected the concerns, saying a permit had been granted for works in the square for the $11 billion Metro Tunnel project and that hundreds of permits like that are issued every year.

There is no reason Apple could not have a retail store in Federation Square, Mr Ambrose said.

“We’re not saying that Apple should not be part of the future of Federation Square,” he said.

“What we’re saying is it should be appropriately designed … with appropriate consultation with the community and be part of a master plan.

“If that provides a safeguard for Federation Square in the future, then that would be a good thing.”

Earlier this year Tourism Minister John Eren said it would be unprecedented to list a heritage site that was only 16 years old, but Heritage Victoria said the 2017 Heritage Act did not specify a minimum age for places to be included in the Victorian Heritage Register.