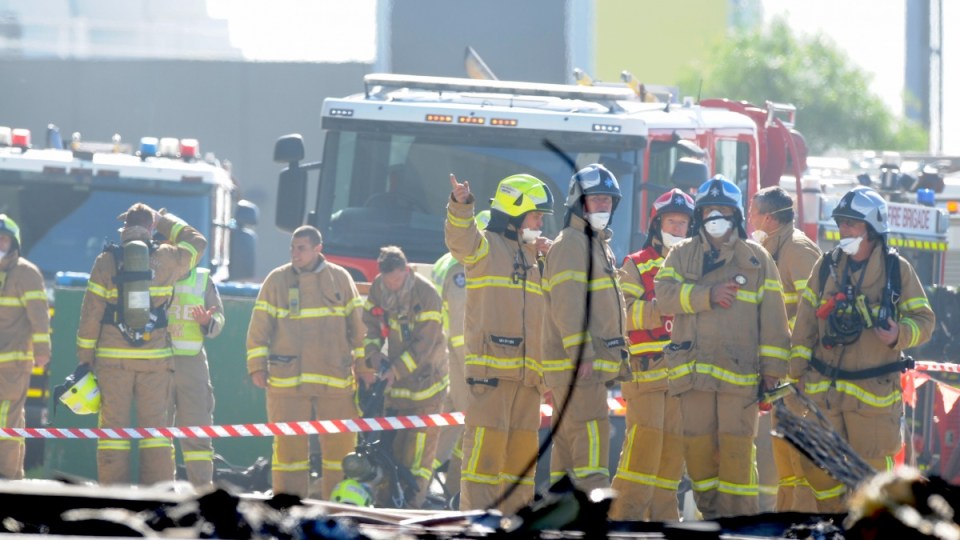 Firefighters at the scene of the fatal crash that killed five people in February 2017. Photo: AAP

Pilot Max Quartermain and four American tourists died when a Beechcraft B200 Super King plane crashed into the DFO shopping centre at Essendon shortly after take-off in February 2017.

On Monday, the ATSB ruled the aircraft’s rudder trim was left in the wrong position, causing the aircraft to turn – or “yaw” – sharply to the left after take off.

It also prevented the aircraft from climbing.

The report said the pilot had five opportunities to pick up the error and the crash highlighted the importance of following a cockpit checklist.

ATSB chief commissioner Greg Hood said the crash could have been prevented if the pilot had have used a checklist prior to take-off.

“In this particular tragic accident, there were opportunities in the checklist that existed for the pilot to ensure the rudder trim was set to neutral.”

Mr Quartermain made a distress call shortly after taking off from Essendon airport, repeating the word “mayday” seven times.

The flight was bound for King Island, Tasmania, and was one of Victoria’s worst civil aviation crashes.

In a statement, the pilot’s widow Cilla Quartermain said her husband loved to be a pilot and always cared about the passengers he was flying.

“For 40 years he had a successful career in aviation and it is tragic it had to end with his death,” she said.

“I know in those terrifying moments of this accident he would have been doing everything in his power to bring the plane safely back to the airport to save his passengers.”

“We love him dearly and he is missed enormously,” they said.

“We will always remember him as the wonderfully loving and proud father and adoring papa to his three grandchildren.

“Our lives will never be the same without him.”

Mr Hood said the ATSB’s investigation did not identify any pre-impact faults with the aircraft that could have contributed to the accident.

The report found Mr Quartermain also failed to identify that the cockpit voice recorder was not operational before the plane took off and meant investigators had no further information about what occurred in the plane immediately prior to the crash.

The ATSB found the location of the Essendon DFO shopping centre did not contribute to the crash.

In a statement, the chief executive of Essendon Fields, which operates the shopping centre, welcomed the release of the finding that the building’s location didn’t increase the severity or consequences of the crash.

“The ATSB is conducting a separate investigation into the approval process of two other buildings at Essendon Fields DFO,” Steve Dabkowski said.

“We note those buildings were approved by CASA before construction.”