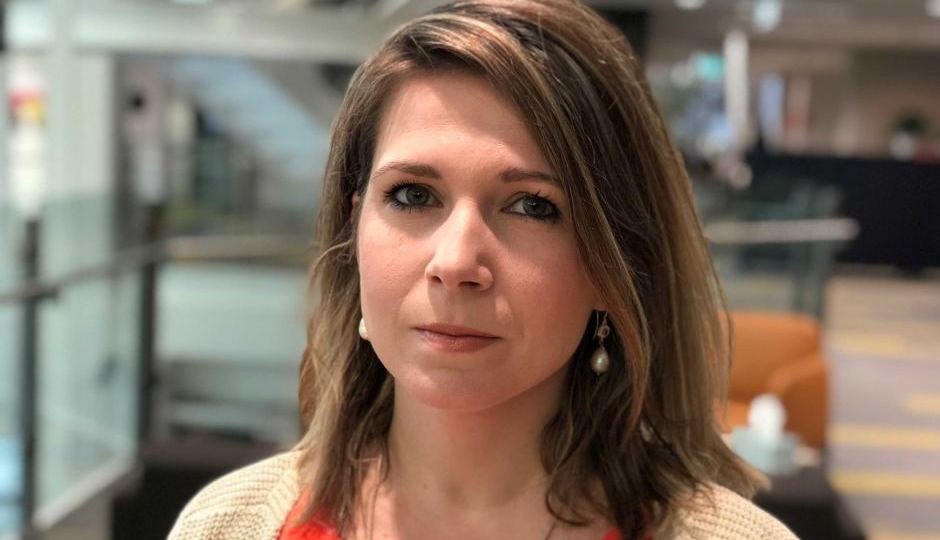 Jenna said it was "unethical and outrageous" to chase a homeless person for medical debts. Photo: ABC

A good Samaritan who called an ambulance after a man was hit by a car is angry that her private details were forwarded to a debt collection firm seeking payment for the emergency call-out.

Jenna (surname withheld) was riding her bike to work in Melbourne in March when she saw the man get hit.

No-one stopped to help so, being trained in first aid, she went back and called triple-0 from her mobile.

The man, named Will, was in shock and pain and was too frightened to go to hospital, Jenna told ABC Radio Melbourne.

“I guess the first thing I noticed though was that this person looked like he’d been homeless for a pretty significant period of time and he was very polite but he looked very unwell,” she said.

“I was pretty worried about his state of health and wellbeing.”

“Will refused [to go to hospital]. I guess he knew a bit more about the way things work than I do.

“I just assumed he wouldn’t be paying for things. He was homeless and therefore he’d be looked after.”

A few months later she was contacted at home and on her mobile by Australian Receivables Limited (ARL), a company which offers a range of debt collection services.

“I heard this really strange message about calling a debt collection agency Australian Receivables Limited and I thought that’s really odd,” she said.

“About an hour later my mobile rang and it was Australian Receivables Limited and they wanted to talk to be about an invoice that was due to Ambulance Victoria.”

Not ethical to chase debts from homeless people

Jenna said on the second call she threatened the company with legal action.

“At that point I got a bit cranky. I said this is completely inappropriate. I’m really distressed you’ve called me on my home number … and now you’re calling me on my mobile.”

Jenna said it was “unethical and outrageous” to chase a homeless person for medical debts and it was a breach of privacy for Ambulance Victoria to pass her details to ARL.

“I feel homeless people shouldn’t be charged for ambulance call outs and I don’t think good Samaritans or passers-by should be followed up and their private details should be shared.”

“Jenna’s got every right to be incredibly frustrated and disappointed because it’s wrong,” he said.

“What’s happened after that is not procedure.”

Jenna had been reluctant to call triple-0 after a previous experience where she had stopped to help a woman lying unconscious in a gutter in St Kilda in the early hours of the morning.

When police arrived they were aggressive and rude to both her and the woman, she said.

So it was with some trepidation that she made another call to triple-0.

In a further statement, Ambulance Victoria’s executive director of corporate services Robb Barr said an invoice was sent to the patient who did not respond or contact them.

So the bill was referred to the debt recovery agency.

“We provided the agency with the phone number, in this case used to call triple-0, as this can assist in making contact with a patient,” he said.

“A call was made by the agency [to Jenna] who had no link to the patient.

Mr Barr said AV was investigating the incident and seeking full details from the debt recovery agency about how it happened.

“We applaud those who step in to help strangers in a medical emergency,” he said. “A passer-by who calls triple-0 for an ambulance will never be required to pay an invoice.”

Jenna was not satisfied with the response from AV.

She said they could not explain their privacy policy, to her or clarify whether her own credit rating would be affected if she had been listed with the debt collection agency.

After Jenna’s story was aired, ABC Radio Melbourne received dozens of calls from listeners with similar complaints about being chased by debt collectors for Ambulance Victoria.