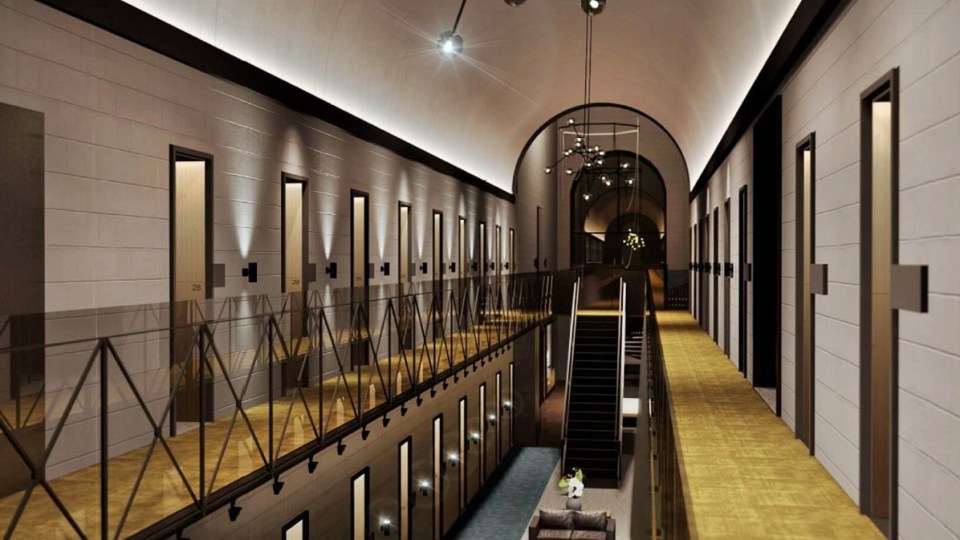 VCAT said it would approve the amended designs on Friday. Photo: Shayher Property

A 19-storey hotel and apartment tower has been given the go-ahead for the iconic former Pentridge Prison site in Melbourne’s Coburg.

The Victorian Civil and Administrative Tribunal (VCAT) on Friday said it would approve the amended design for the Adina apartments.

Pentridge Prison was the site of the last execution in Australia, with the death of Ronald Ryan, and the burial site of Ned Kelly.

Shayher Group is converting the complex from the 1800s into a retail, commercial, entertainment and residential precinct.

B Division is set aside for the Adina tower on the corner of Champs Street and Pentridge Boulevard.

The tower will include a restaurant, day spa, 400 square metres of conference facilities, rooftop terrace, indoor pool and gym. There will also be 151 parking spaces across three basement levels.

“Features will include the prison’s former chapel with its beautiful high leadlight windows, ideal for weddings and functions,” Adina said.

It will retain the exterior and some interior bluestone walls, including the eastern panopticon.

VCAT previously said it was unconvinced the design and external appearance of the tower was acceptable.

But “the revised plans are a sophisticated design response that has addressed our concerns”, the tribunal said on Friday.

The tower will also cantilever over the five-metre bluestone wall –  which runs around the periphery of the former prison site – by about 500mm for a width of about 3.1 metres.

The amendment also enlarged the lower levels of the tower to match the upper levels, in response to the tribunal finding the “top-heavy” building would be a jarring and unwelcome focus.

The tower is expected to have an “indiscernible impact on the surrounding road network”, adding about three extra cars of traffic in the AM peak and four cars in the PM peak.

Council argued the amended design would have an unacceptable visual impact on the surrounding streets, including Sydney Road, and public spaces.

The 2014 masterplan and design guidelines for the prison complex revitalisation allowed for 18 storeys.

VCAT gave the council and Shayher Properties until this Friday to lodge any submissions in response.

“The tribunal confirms in principle that it will shortly be issuing final orders approving the application, subject to conditions,” VCAT said last Friday.