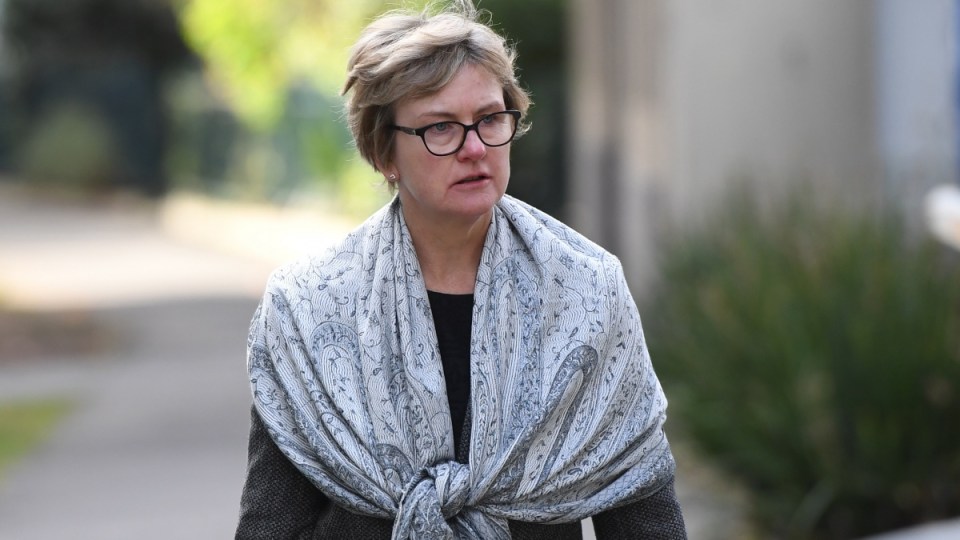 Professor Jo Douglass has told the inquest victims had as little as 15 minutes to seek help before suffering a cardiac arrest. Photo: AAP

Asthma sufferers may have been safest staying indoors with windows closed and medication on hand when a fatal thunderstorm respiratory event struck Victoria, an inquest has been told.

A specialist on Monday gave evidence to an investigation into the deaths of 10 people, during or shortly after the freak weather event hit Melbourne in November 21, 2016.

The event, caused by a combination of high pollen, strong winds, high temperatures and air moisture before a cold front, sparked an unprecedented surge of emergency calls across Victoria.

Professor Jo Douglass, from Royal Melbourne Hospital, said there was a trend of the victims having spent time outdoors before their deaths, which occurred on a hot 38C day with lots of pollen in the air, before a storm.

Law student Hope Marsh, 20, had felt wheezy and was taken outside to get some “fresh air” before she collapsed and died outside her home, the coroner heard.

Clarence Lea, 37, had the door open and was out of asthma medication when he became distressed, collapsed and suffered fatal respiratory failure.

Priyantha Peiris, 57, had gone outside to retrieve washing and put his car in the garage before the storm, and later he collapsed and died.

Professor Douglass said respiratory arrest in the victims had occurred as soon as 15 minutes after the first signs of asthma or wheezing.

“The average time from complaint to respiratory arrest was very short,” she told the court.

“Fifteen minutes does not really leave anyone time to do much.”

All the victims suffered asthma and nearly all got hay fever, but only three had official asthma “action plans”, Professor Douglass said.

She implored anyone having an asthma emergency to have a reliever puffer, such as Ventolin, on hand and use it generously.

“A very high dose of (reliever) could have been helpful for some,” Professor Douglass said.

She said 16 puffs in four minutes is appropriate and there is no health danger to using a high dose in emergencies.

She also said men were more affected, despite asthma actually being more predominant in women.

Coroner Paresa Spanos did not wish to stereotype but noted males can be more reluctant to visit their doctor, and Professor Douglass agreed.