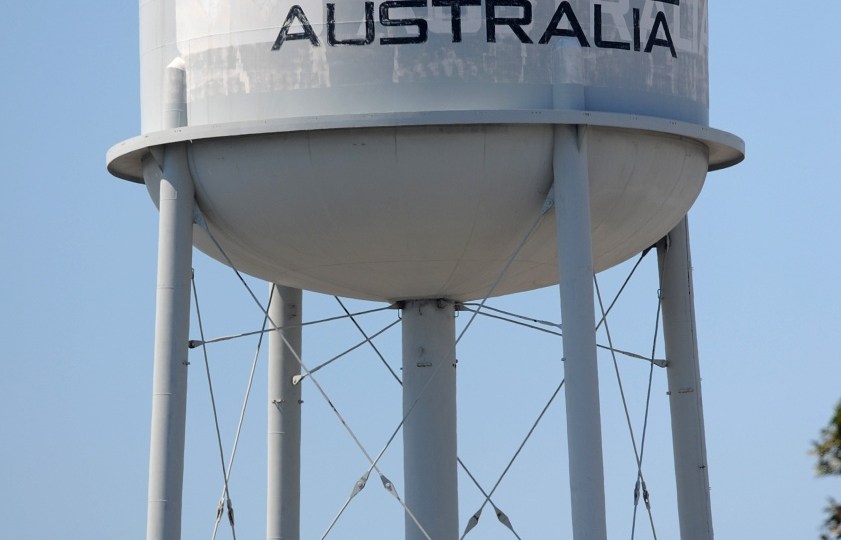 The coal-fired station at Anglesea was decommissioned in 2015. Photo: AAP

Residents on Victoria’s Surf Coast are calling for a judicial inquiry into whether they have been exposed to airborne asbestos fibres after Alcoa’s failed attempt to blow up an old power station, because the company is not compelled to make its reports public.

The coal-fired station at Anglesea was decommissioned in 2015 after 46 years of operation.

Plans to demolish the building got under way after Alcoa completed a 12-month asbestos removal program.

But local Federal MP Sarah Henderson made a last-minute push for the controlled explosion to be put on hold, saying the company had never directly answered her question on whether all of the asbestos had been removed.

Alcoa went ahead with the demolition last month, but it was only partially successful and much of the building remains standing.

“I was not convinced that the community had been properly informed,” Ms Henderson said.

“The school received just four days’ notice and the kindergarten just one day’s notice and this is not something to be taken lightly.

“There had been of course a lot of asbestos in the building and there was very sufficient community concern and many people simply did not know what was going on.”

Local environment organisation Surf Coast Air Action said it was very concerned the explosion did not go according to plan, and that it happened outside the allocated time when the wind was blowing towards the town.

Spokesperson Andrew Laird said the only way to know if the community had been exposed was to call for a judicial inquiry.

Alcoa is exempt from freedom of information (FOI) requests, which means the company is not compelled to reveal details about reports to the public.

“Regrettably we’re at a point where it is the only satisfactory answer because Alcoa has a culture of secrecy,” Mr Laird said.

“It has refused point blank to release the expert reports and risk assessments that were down prior to the failed demolition.”

Mr Laird said he had repeatedly tried to get a hold of reports which showed what level of asbestos may have been left in the building, and to see air monitoring reports.

“The last thing we want to see is in 30 years for there to be a cluster of asbestos-related disease in Anglesea when the current administrators of EPA, WorkSafe are long gone as would [Premier] Dan Andrews be long gone. Alcoa will be gone,” he said.

“We have to get to the bottom of it now. Show us the expert reports and risk assessments so that we can form our own view about it.”

Alcoa declined a request for an interview.

In a statement, the company said monitoring undertaken during and after the demolition had not detected any airborne asbestos fibres.

It said planning was still underway for a second attempt to fell the building, and an exclusion zone around the site remained in place.

Community ‘entitled to answers’ on asbestos

Ms Henderson said she was calling on the state government to reverse Alcoa’s FOI exemption.

The Victorian Greens party said it would re-introduce legislation at the next sitting of parliament to have it overturned.

The party’s climate change spokesperson, Ellen Sandell, said there was no longer any justification for the FOI exemption.

“The Anglesea community is being kept in the dark by Alcoa and the Andrews Labor government about rehabilitation plans for the old power station site and that’s just not good enough,” she said.

“What does the Andrews Labor government have to hide?”

A previous bid by the Greens in 2015 to have the exemption removed failed.

Environment Victoria has thrown its weight behind the calls for a judicial inquiry.

He said governments would be dealing with the legacy of disused facilities in the coming decades.

“We need to get site clean-ups right. When things go wrong, such as big companies botching a demolition, we need to understand why and set the bar higher so it doesn’t happen again.”