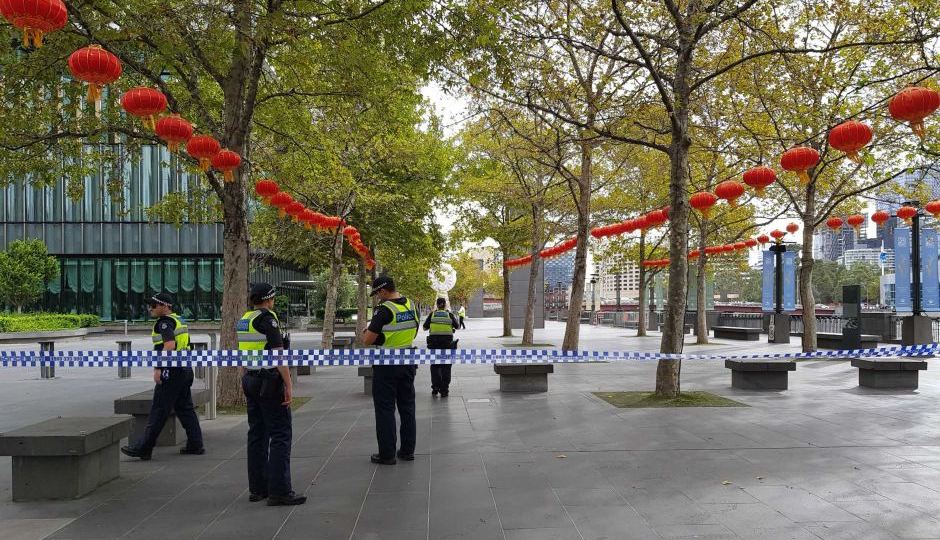 The Southbank end of Crown Casino was evacuated on Thursday. Photo: ABC

A man who allegedly claimed to be a terrorist and sparked the evacuation of Melbourne’s Crown Casino is not a threat, but a drunk who was “carrying on like a pork chop”, a magistrate says.

Detective Senior Constable Liam Comrie said Mr Ismail told a Crown security guard on Wednesday afternoon that he was a Pakistani terrorist, which caused staff to “be fearful”.

Mr Ismail allegedly made the claim after another security guard asked the 55-year-old not to leave his bag unattended at a bar while he went outside, as it might be stolen.

“The accused became agitated, aggressive and yelled at her, asking her why she had a problem with him,” police allege in a summary.

A Hindi-speaking guard arrived and spoke to Mr Ismail.

He allegedly told the man “do you know who I am?” before claiming to be a terrorist.

Security notified police and the casino was evacuated.

Mr Ismail did not resist arrest but allegedly told the Hindi-speaking guard he was “going to come back to the Casino and kill the manager who kicked him out”.

The green plasticine material was later determined to be a package of tobacco.

“He’s not a terrorist. He’s a bloke who’s come here, who’s had a few drinks and made some stupid comments,” the magistrate said.

Mr Zebrowski released Mr Ismail on bail with the understanding the Malaysian will immediately be taken into immigration detention because his visa has been cancelled.

“The police don’t make out he’s a terrorist,” the magistrate said.

“Just when he gets drunk, he carries on like a pork chop.”

Ismail will be transferred from policy custody to immigration detention and return to court on March 14.

Crown Casino scare: Man told security he was a terrorist ‘after a few drinks’, court hears