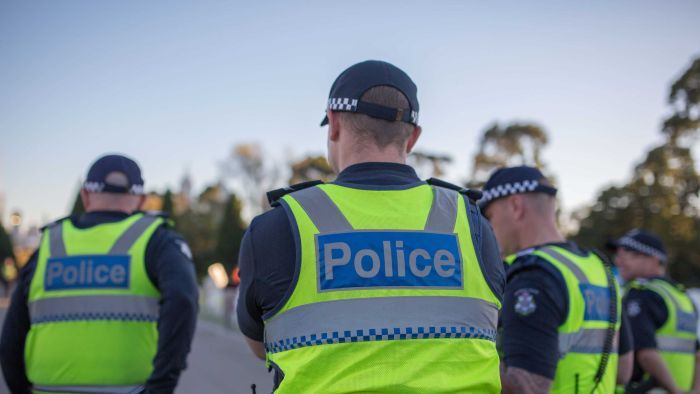 A full-time police officer would be stationed at each of 10 "at-risk" Victorian schools. Photo: AAP

Mr Guy made the announcement on Monday, vowing to curb a perceived increase in youth crime in parts of Melbourne.

The program is expected to cost $50 million over four years.

Tiffany Overall, convenor of advocacy group Smart Justice for Young People, said the initiative would be “of limited value” because it does not assess or target a student’s individual needs.

“It would be a far wiser and more targeted investment to spend the $50 million on resourcing schools to provide disadvantaged and struggling students with more intensive staff support they individually require to help get to the heart of and address issues they are experiencing in their lives,” Ms Overall told The New Daily.

“Rather than full time police officers, why not resource our schools with more full time youth workers, student welfare workers, psychologists and other health specialists?”

Mark Wood, a lecturer in criminology at the University of Melbourne, described the proposal as “misguided”, saying it “in no way resembles evidence-based policy”.

He said US research had shown there was “no solid evidence” putting police in schools prevented crime. But the programs could be counterproductive and reactive, rather than preventative.

“Often, they merely lead to it being policed more punitively, and more young people being imprisoned, who, in turn reoffend,” Mr Wood told The New Daily.

“Engagement with police in a school setting isn’t a bad thing by any stretch, but that’s completely different from the US-style policy that Guy’s proposing.”

The Australian Education Union slammed Mr Guy’s proposal, saying it proved the Coalition was out of touch with the needs of schools.

“Instead of funding a small number of police in less than one per cent of schools, Matthew Guy must promise not to cut school funding,” union president Meredith Pearce said.

The secretary of the Police Association, Wayne Gatt, welcomed the proposal.

“[Nothing] bad can come from young people hearing from police,” he said.

“When we went to Victoria Police and said, ‘what else do you need to tackle youth offending in this state?’ They said, ‘well we’ve got about 100 youth resource workers now, we’d like 42 more’, and that’s what we funded,” Ms Neville told reporters.

She said police already worked with schools “every single day” and most young people who are responsible for serious youth offences are not attending school.

The minister also accused the Coalition of doing “nothing” when they were in government and of not funding new police.

A police spokesperson did not respond to questions about the proposal, but said: “Victoria Police looks forward to working with whoever is elected to government in November 2018.”

The move would see full-time police officers at 10 Victorian schools in areas deemed “at risk” for a two-year trial.

The metropolitan and regional schools are yet to be selected and it would be up to police command to decide if the officers would be armed.

“This is about combating crime before it’s a problem, it’s about respect, it’s about tolerance,” Mr Guy said on Monday.

“It prevents crime before it becomes crime, before it is a problem.”

In addition to the trial, the Coalition would employ 100 new police officers tasked to work as ‘school resource officers’.

Police in schools: Jury out on Matthew Guy’s plan to end youth crime