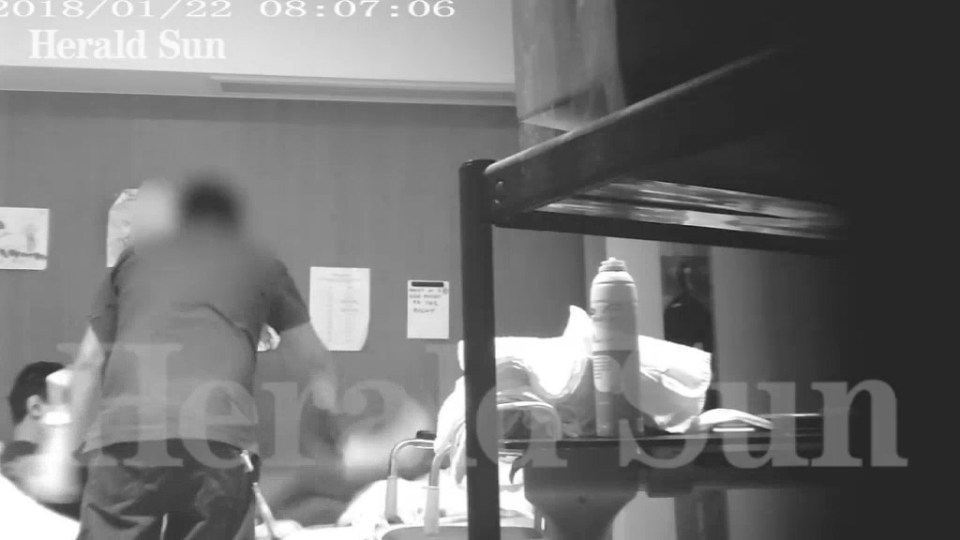 Victoria Police are investigating a number of alleged assaults against a patient at Caulfield Hospital. Photo: Supplied/ABC

A nurse has been stood down after a “distressing and shocking” video surfaced that shows the alleged abuse of a patient in a Melbourne hospital.

Footage of patient Billy Aivaliotis, 33, being grabbed around the throat at Caulfield Hospital was revealed on Friday by the Herald Sun.

The images were reportedly captured on January 22 from a camera hidden inside a picture frame in Mr Aivaliotis’ room after his family became concerned about how he was being treated.

Arnold Thomas and Becker lawyer Nick Korkliniewski told the ABC the family noticed that he had regressed somewhat, “wasn’t eating and had bruising on him and despite their numerous attempts at voiding their concerns to staff at the Caulfield Hospital”.

“They took the extreme measure of placing a hidden camera in Billy’s room.

“While they didn’t want to do it they felt that they had to do it, and I suppose the vision’s quite telling,” Mr Korkliniewski said.

Alfred Health, which operates the Caulfield Hospital, became aware of the serious concerns last week and began an internal investigation and notified police after Mr Aivaliotis’ family revealed the video.

“The staff member involved was stood down, and no longer works for Alfred Health,” a statement said.

“The video material presented to us by the family is distressing and shocking, and not in keeping with the culture of advanced care patients and families should experience in our hospitals.

“We are continuing to meet with the patient’s family and thank them for bringing these issues to our attention.”

“I’ve been told by Billy’s sisters that they’re quite distraught,” he said.

“Outside of the fact that they’ve had to deal with Billy having significant brain injuries from a car accident, to now have to deal with this has compounded their stress.Police say they’re investigating a number of’ alleged unlawful assaults on a patient at the hospital,” he said.

A 30-year-old Cranbourne West man has been interviewed and released pending further inquiries.