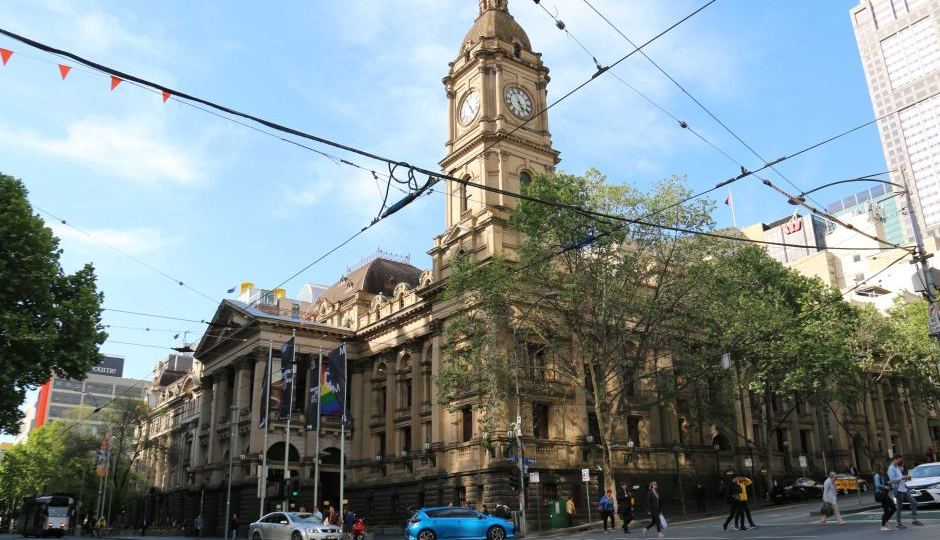 Melbourne City Council has a culture of fear, according to a confidential survey of staff. Photo: ABC

A confidential survey of City of Melbourne staff has revealed a number of workers have concerns about the council’s ethical culture.

One anonymous staff member reported “a culture of fear and trying to survive”, while another reported “people who feel protected by anti-bullying and harassment policy engage in profoundly sexual commentary and harassment”.

The triennial survey examines fraud and corruption awareness within the council’s staff and had 796 respondents.

Its confidential findings have been seen by 7.30 as an independent investigation into allegations of sexual harassment by Lord Mayor Robert Doyle against former councillor Tessa Sullivan and Councillor Cathy Oke is due for imminent release.

The investigation has been listed on the agenda for next Tuesday’s scheduled council meeting but no further details were given.

The survey was conducted and its responses given to the council’s audit and risk committee before the allegations against Cr Doyle were made.

The comments about sexual harassment and bullying do not refer to Cr Doyle or any other councillor’s behaviour.

However, one comment did criticise councillors saying, “The [Lord Mayor] and councillors interfere with the administration of council and do not follow protocol”.

However, some staff expressed a lack of confidence in reporting mechanisms.

One staff member said “in this [organisation] it appears that rocking the boat is frowned upon and ‘yes people’ get the promotions”.

Another said: “to be honest, I don’t have a lot of confidence that [the City of Melbourne] would follow up allegations”.

A spokesperson for the City of Melbourne said staff had clear employee policies and processes, “including our employee code of conduct, [which] provide appropriate and safe reporting avenues”.

“We regularly communicate and reinforce this information to all staff; and did so as recently as November,” the spokesperson said.

“As with all organisations, we are always looking at ways to improve our practices and processes.”

Different codes for councillors and staff

Council staff and councillors operate under different codes of conduct.

A central part of Ms Sullivan’s complaint to council is that there was no satisfactory pathway for her to report her allegations of sexual harassment by Cr Doyle.

There is no sexual harassment policy in the councillor code of conduct, and any dispute resolution between councillors must be conducted with the Lord Mayor present.

When the Lord Mayor is party to the dispute, the complaint must be made to the Deputy Lord Mayor, but in Melbourne the lord and deputy mayors are elected as part of a joint ticket.

A City of Melbourne spokesperson said in a statement:

“This is an annual, confidential staff survey on fraud and improper conduct – its purpose is to elicit feedback on conduct that staff perceive as improper,” the spokesperson said.

“It is extremely disappointing that your publication of this leaked report is undermining ours and other organisation’s endeavours to promote a culture of speaking up and reporting inappropriate conduct in a safe and secure environment.

“If this is the media standard that is to be applied, we call on the ABC and other media outlets to publish their equivalent confidential staff survey responses.

“All organisations can improve in response to staff feedback, and we will continue to do so.”