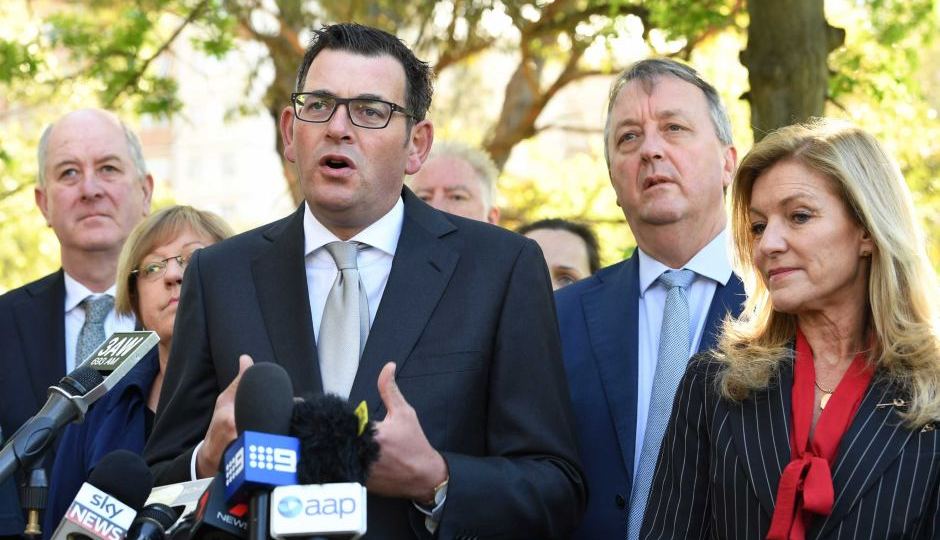 The Victorian government is facing a renewed push to support illicit pill-testing after a mass drug overdose at Melbourne’s Festival Hall.

An 18-year-old man is fighting for life after 10 people overdosed at the I Am Hardstyle dance party on Friday night.

Premier Daniel Andrews says he won’t budge on pill-testing, but he’ll likely face mounting pressure to reconsider ahead of the state poll.

Leader of the Reason Party Fiona Patten said momentum was growing for a change in policy.

She’s already had major policy wins on key issues like the safe injecting room trial in Richmond, voluntary assisted dying reform, as well as the 2015 introduction of buffer zones around abortion clinics.

“I think I certainly get a sense that, like those other issues, there is a momentum in the community for change,” Ms Patten told The New Daily.

I hope that, as this government has done in the past, they will listen to the community and act in favour of the evidence.”

Ms Patten stopped short of saying it was an “inevitable” reform, but she said it was contradictory of the Victorian government to support safe injecting rooms and not pill-testing.

“What they [both] do is try and minimise the harm for that particular cohort of users,” she said.

“We’re not saying that drug checking makes drug taking safe, we’re just saying that it may reduce the harm and it may save a life. So there is a lot in common in both of those [issues].”

She is also disappointed state authorities didn’t distribute pictures of the pills taken at Festival Hall, so other young people could avoid the batch.

It’s believed the drugs involved may have been pills containing PMA – or Para-methoxyamphetamine – stimulants with hallucinogenic effects similar to MDMA.

About three-quarters of people tossed their drugs if they were found to have other substances in them, according to studies out of Portugal and Canada, Dr Bright said.

“[There’s] good evidence that it can be effective not only in changing the behaviour of individuals and decreasing harm, but also it’s potential to monitor the emergency of new drugs,” he said in a statement.

“Drug checking can then decrease harm on a larger scale by being an early warning system for healthcare professionals and disseminating the information broadly so it reaches more than just the individual who had their pill tested.”

He said the “zero tolerance” approach to policing drug use could increase harm in some cases, such as in the death of Gemma Thoms at the 2009 Big Day Out.

Mr Andrews also faces a fight on pill-testing from the Greens.

Greens leader Richard Di Natale on Monday said Mr Andrews needed to “get his head out of the sand” and acknowledge that young people would experiment with drugs.

“When Australia was confronted with the HIV epidemic in the 1980s, we were one of the first countries on Earth to provide injecting drug users with clean needles,” he told reporters.

“We know when we put those measures in place, it didn’t have any impact on increasing drug use.”

People getting their drugs tested would be exempt from criminal charges under legislation proposed by the Greens. Experts at the lab-grade centres would be required to provide data to Victoria Police and the Department of Health and Human Services.

“We know that most people choose to throw out their drugs when lab-grade pill testing shows that they contain particularly harmful substances. It’s incredibly frustrating to see the government reject a plan that would see people voluntarily choosing to dispose of their drugs,” Ms Hartland said in November last year.

Labor’s Geoff Howard has been chairing a state inquiry into drug law reform due later this year. The 62-year-old attended the Rainbow Serpent festival over the weekend.

In an emergency, dial triple-0.