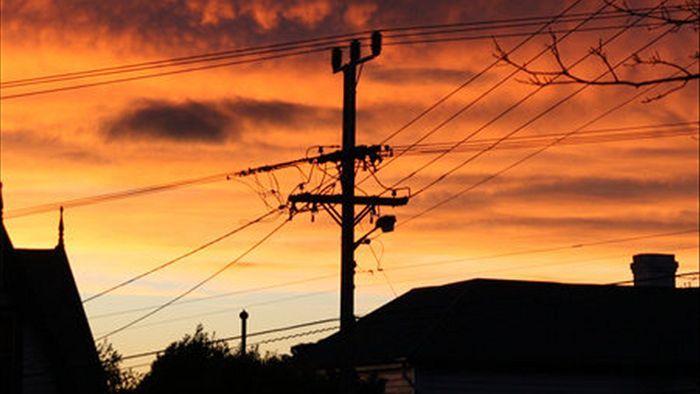 With power still being restored to parts of Victoria affected by heat-induced outages, the Premier says he’ll seek compensation for those affected.

Daniel Andrews said localised factors caused power cuts to 95,000 households and businesses across the state and the power companies will need to find a fix to prevent similar problems in the future.

Energy Minister Lily D’Ambrosio said it was the highest peak demand ever recorded in Victoria on a Sunday, with rooftop solar helping push the peak period to later in the evening.

“Peak demand was around about 9100 megawatts. It occurred at about 5.30pm last night, putting that additional strain on the electricity infrastructure and that’s what caused the localised outages across parts of the state,” Ms D’Ambrosio said.

In Melbourne’s south-east, more than 46,000 consumers were affected, with some areas around Caulfield blacked out from 5pm Sunday until 6pm on Monday.

Air conditioner use to blame

The Australian Energy Market Operator said the outages had nothing to do with supply, with air conditioners putting ‘enormous stress’ on the network.

Andrew Dillon from Energy Networks Australia told ABC Radio Melbourne the statewide system held up under the strain of demand, but local networks were overwhelmed by the demand for cooling.

“They were all on yesterday and so they were putting enormous stress on the local network infrastructure and in some areas unfortunately we had some issues,” he said.

“Overall you probably could say the infrastructure held up pretty well, but obviously that’s cold comfort for those that were off.”

Mr Dillon said the use of solar power did little to ease the pressure, as peak electricity usage came later in the day.

“What solar power has done is certainly well and truly clicked the load off at midday, and it has helped with these peaks at 3pm or 4pm,” he said.

“But what it’s effectively tended to do is shift them to later in the day, so now we’re starting to see the network peak doesn’t happen until 6pm or 7pm.”

The Premier said he wants providers to compensate consumers.

”The frustration caused in those households … was not about power supply, but localised factors, localised issues in the distribution network,” Mr Andrews said.

”We will learn from that, we will make sure we understand exactly what went on.

We will work with companies and we’ll compel them, if we have to, both to look at compensation and to look at improvements in that network.”

The government said the spike in demand caused blown fuses and failed transformers on the distribution network.

“The distribution companies are required to maintain and improve the network and they’ve been charging customers handsomely to do that,” Mr Andrews said.

“We will have a look closely at the nature of the faults, and what can be done to improve them.”

Victorian Opposition Leader Matthew Guy said it was the state government’s responsibility to ensure power companies were running a reliable system that kept up with Victoria’s population growth.

“It’s the government’s job to ensure that the lights stay on,” he said.

Temperatures did not drop below 30 degrees Celsius in Melbourne until 4am, and remained above 30C in Mildura and the north-west.

Senior forecaster Richard Carlyon from the Bureau of Meteorology said the high humidity in Melbourne would remain until Tuesday morning when thunderstorms will intensify.

With the change comes the risk of flash flooding in some eastern parts of the state.

Outages and outrage as Premier demands answers for 95,000 power consumers