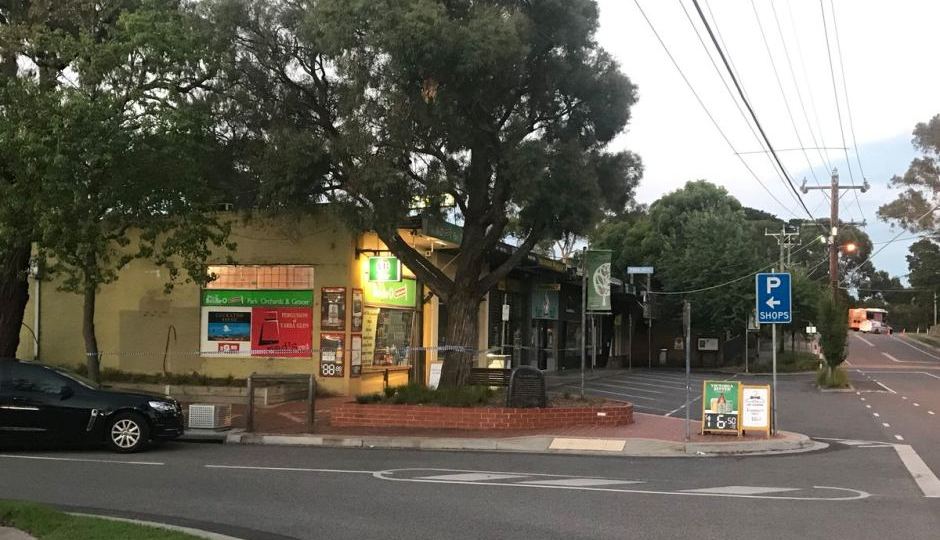 The man was shot when he threatened an attendant at this bottle shop with a gun. Photo: ABC

A man is dead after a police shooting during an alleged armed robbery at a bottle shop in Melbourne’s east.

Officers from the armed crime squad were in Park Orchards when the incident took place at about 9.00pm on Sunday.

An officer shot and killed the man after he allegedly threatened the shop attendant with a gun.

The man died at the scene.

Police were in the area investigating a series of armed robberies when they became aware of the hold-up, police said.

“The police member and colleagues are all OK,” he said.

“As you can imagine these are quite traumatic circumstances for anyone that’s involved.”

“I can say that this is an active armed crime investigation that has been going for some time.

“There’s been other offences of a similar nature being committed over the past few weeks and I believe it may be part of that series that was the basis of their being here.”

The shooting will be investigated by Victoria Police’s professional standards unit under standard protocol.