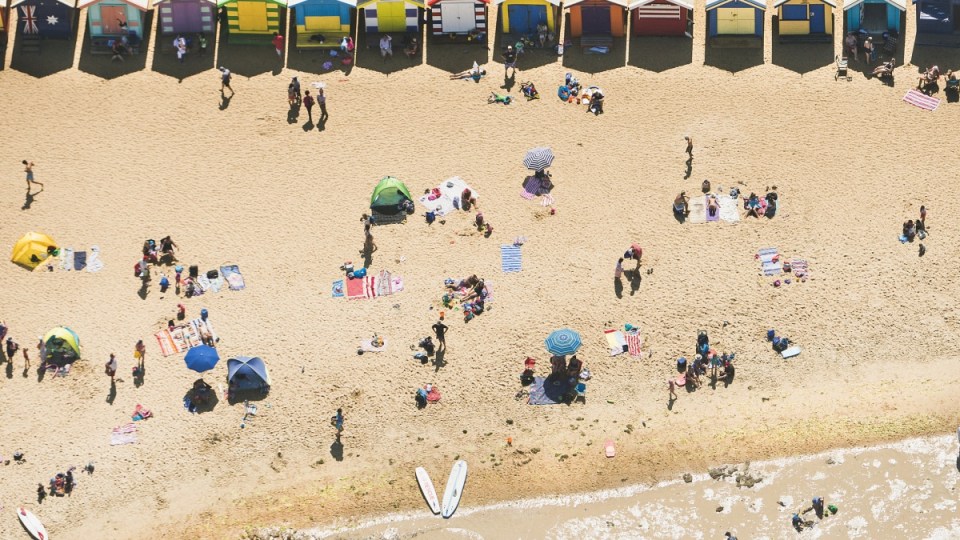 Melbourne is expected to hit 39 degrees on Sunday. Photo: Getty

Victoria’s summer started early in November, took a while to warm up and is now turning the screws on those who need to hide from the heat.

Another weekend of heatwave conditions has prompted warnings that vulnerable Victorians must be cared for every time the temperature soars – and not just the tennis players who’ll be competing in the Australian Open finals.

The Bureau of Meterology has predicted severe conditions over south-east Australia this weekend, with Victoria and the north of Tasmania again bearing the brunt.

Melbourne is expected to have a top temperature of at least 33 on Saturday and then a scorching 39 on Sunday.

That means the Australian Open women’s final on Saturday and the men’s final on Sunday could well be played in stifling conditions, although both matches start at 7.30pm.

National heatwave project director John Nairn said the overnight minimum and the daily maximum had reached the level of severe heatwave across much of the south-east last weekend and would do so again starting Friday.

“You will see that … the heat is ramping up through each day,” Mr Nairn said.

“It is potentially [only] a three-day heatwave, so we are lucky in that respect, but the temperatures are high and they are getting up to severe levels over a very broad area.”

Mr Nairn said it was fortunate Australia Day was early in the heatwave before it would reach its peak.

In November, Melbourne suffered heatwave conditions not seen for more than a century and January has continued the trend of consistently high temperatures.

The Bureau of Meteorology has warned that vulnerable people who are older, in ill-health or in substandard housing are particularly at risk in heatwave conditions.

“Frequently they’re [those at risk] elderly or people who have got disease already. They are vulnerable,” Mr Nairn said.

“People need to be conscious that their personal circumstance will change over the course of their life.

“That’s probably one of the reasons also why it is a very difficult hazard to adjust to, because we all remember when we were younger and played in the sun.”

Melbourne’s hot spell has again been the subject of much debate in the sporting world, with the extreme heat policy at the Australian Open notoriously up for debate on its ability to protect players.

“For sure we took risks,” Monfils said. “Honestly I played two sets out of breath for nothing, just to please the officials. At the end it’s a bit risky.”

But crowd favourite Roger Federer, whose second-round match was  played in 30 degrees at night, said he was happy with the safeguards.

“You do know when you come to Australia the heat can sometimes be problematic but everyone faces similar issues.”

Victorian heatwave a risk to ‘vulnerable’ people – and tennis finalists