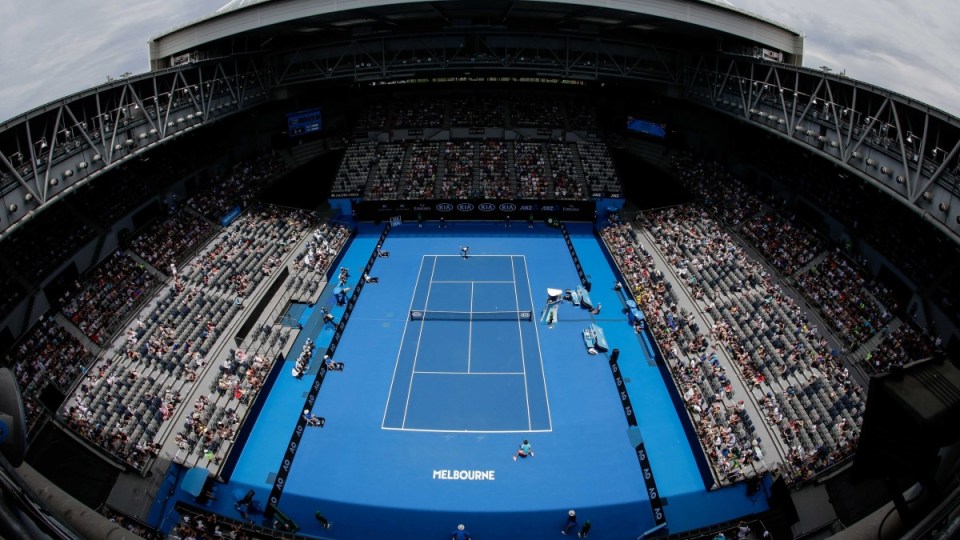 The stadium formerly known as Vodafone Arena. will soon not be known as Hisense Arena either. Photo: AAP
analysis

Melbourne famously boasts a swimming pool named after a drowned prime minister – proof in bronze letters of our half-baked approach to the naming of our beloved sport and entertainment stadiums.

Victoria finally jumped the shark on the issue on Tuesday when the state government was forced to deny it was trying to buy back naming rights to Hisense Arena, the 18-year-old multi-purpose venue originally known as Vodafone Arena.

It seems even Spring Street belatedly recognised the madness of taxpayers building the thing, then paying again to return the name to the public domain.

On the same day, sport and music fans learned that the legendary entertainment centre Festival Hall is set to follow any number of Melbourne venues and be turned into yet another block of trendy apartments. (Ironically, there’ll likely finally be more toilets than required).

Beginning life as West Melbourne Arena more than 100 years ago, in its storied history the ‘dodgy on Dudley’ hosted such luminaries as The Beatles, boxing champion Lionel Rose and a generation of acting-impaired wrestlers.

Thanks to its seedy reputation, the ‘house of stoush’ was one of Melbourne’s few suburban sporting icons to remain true to its origins and free of the corporate naming rights craze that has swept the sporting world.

This means fans are free to list their favourite moments at an iconic venue without having to explain that they saw Frank Sinatra at ‘Aeroplane Jelly amphitheatre’ but the Sex Pistols at the ‘Arnotts cracker coliseum’.

In the past 20 years the naming rights cherry on top has proved irresistible to stadium operators and sporting bodies seeking to exact maximum cash from their asset – even when the public has helped pay to build it.

The corporate naming of venues was first cracked open by “Victoria Stadium” … remember that one?

You may know it from incarnations as Colonial Stadium, Telstra Dome or Etihad Stadium, but for the purpose of this non-sponsored column we’ll refer to it as Docklands Stadium.

And why not? It’s a venue name that tells a visitor to Melbourne where they can see the footy, a big-name band with appalling reverb or, if you must, the popcorn cricket.

Docklands Stadium is the name ABC Sport uses for the venue and the one that seems most real and beloved by fans. It even hints at the actual experience of watching sport in a dank and drafty seaside warehouse.

It makes you wonder what the sponsor is actually getting for its reported $5 million a year, perhaps a guarantee that there are enough gates open so the layover cabin crew can get into the ground before kick off?

Besides Docklands, the most abused stadium name in the country has long been Geelong’s Kardinia Park.

Despite the millions of taxpayer dollars poured into it, the pride of the bayside city has gone through a retinue of meaningless names from Skilled to Shell to Baytec to Simonds Stadium.

Sure, the money’s nice in the bank, but somewhere along the way a  connection with the ground and its history to western Victoria’s hardest footballers has been lost.

The sporting soul of a venue like Kardinia Park has taken years of blood and sweat to build. It seems a cheap trick to keep selling it to the highest bidder.

Brands merge, companies go broke, but geography and sporting greatness endures and should be reflected in the way our public infrastructure is named.

It’s not an exact science, of course, as the recent debate over Margaret Court Arena proves.

Considering the tennis great’s conservative views were well known for years, surely the controversy falls into the ‘they knew the job was dangerous’ category.

Accept that fashion and politics will change, but human dignity should not be up for debate.

It’s worth noting that in Margaret’s adopted hometown, taxpayers have just stumped up $1.6 billion for a new stadium and Optus got 10 years of naming rights for a mere $50 million.

It’s likely too late for the Andrews government to trump that deal and make the Court debate Perth’s problem.

As for Hisense Arena. Well, I may have seen The Who there once, although all I really know is that it’s somewhere near the MCG.

You know the MCG?

It’s that big old sporting ground that is revered, feted and loved throughout the world for just being itself.

Why we shouldn’t be selling Victoria’s sporting soul