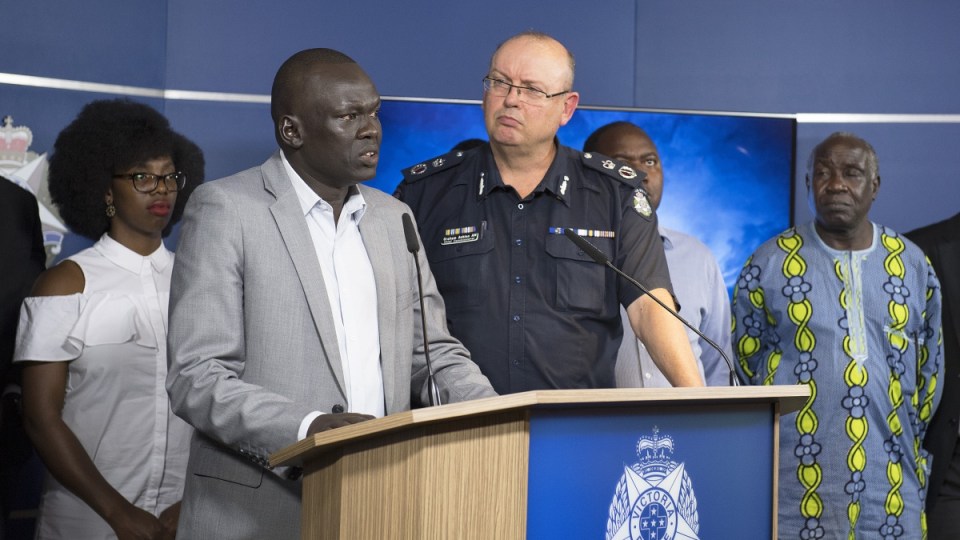 The inflamed debate over the so-called African youth gang crisis was, in part, based on a dodgy statistic from a Coalition-led committee.

Sudanese-Australians have been hammered over recent weeks for being alleged offenders in 1.4 per cent of 2016 crimes in Victoria.

But the statistic was overblown by 40 per cent via a federal parliamentary committee. Sudanese offenders actually represented 1 per cent of offenders, the state’s Crime Statistics Agency (CSA) said on Monday.

“This confirms the profound dishonesty and underlying racism of the Liberal Party’s attacks on migrant children,” Senator McKim told The New Daily in a statement on Monday.

The inquiry was never more than a fig leaf with a predetermined outcome so they could continue to victimise non-white people.

“As an Australian society we should be focusing on helping people settle and feel welcome in our country, rather than trying to exclude them because of the colour of their skin.”

The committee was chaired by Jason Wood, the Federal Liberal MP for the south-east Melbourne seat of La Trobe.

The New Daily has approached Mr Wood’s office for comment.

The committee’s error in the No one teaches you to become an Australian report, released in December last year, was widely republished in media reports on youth crime.

CSA said the committee accurately reported that 807 Sudanese people allegedly committed crimes in 2016, but miscalculated the percentage of the offenders that figure represents.

“Whilst the whole numbers in this paragraph of the report are correct and align with the evidence provided by the Crime Statistics Agency, the proportions were calculated by the authors of the report and are not correct,” CSA said in a “statistical clarification” on Monday.

“Regretfully, some of the proportions quoted in this section of the report have been reproduced in a number of media reports in recent times and may have been misleading.”

CSA added that the 2016 statistics were now outdated.

The rate of offences allegedly committed by Sudanese people remained unchanged from 2016 to 2017.

By comparison, there was an increase in UK and Irish offenders – who did not appear in the top five offenders for 2016, but were fourth in 2017 data.

In the year ending September 2017, Australians were 71.7 per cent of the unique offender population, followed by 2.2 per cent New Zealanders, 1.4 per cent Indian, 1.3 per cent UK and Irish, 1.1 per cent Vietnamese and 1 per cent Sudanese.

People born in Sudan make up 0.1 per cent of Victoria’s total population, meaning they are still overrepresented in the justice system.

“Despite minimal or no evidence the report focuses on young humanitarian entrants from Sudanese backgrounds who engage in criminal activity,” the Labor report said.

“[The report] has been hijacked to highlight issues specifically affecting the Chair’s own electorate (such as the Apex Gang, which the Victoria Police described as a non-entity) and the State of Victoria. As such, the report does not reflect the evidence received and ignores the wider context of Australia’s migration situation.”

African crime claims based on dodgy data from Coalition-led committee