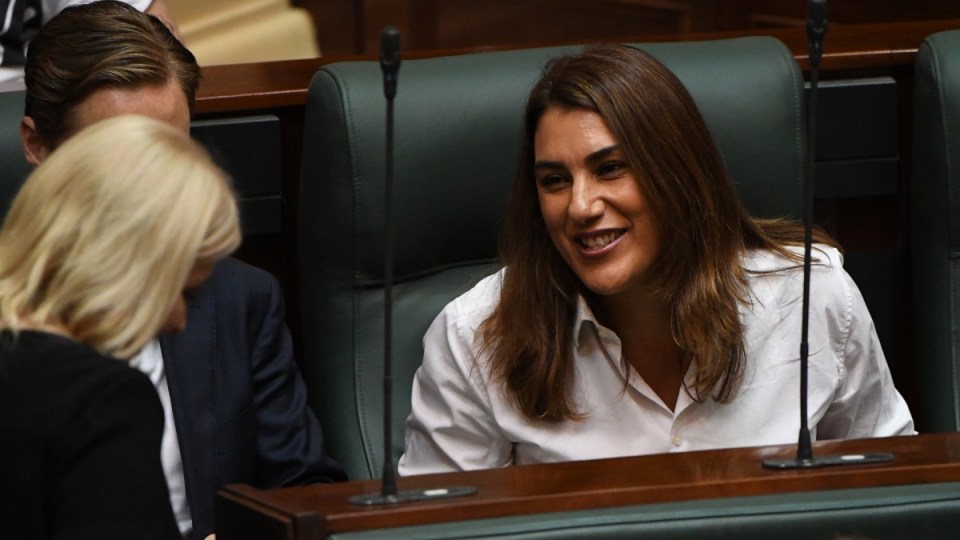 Ms Thorpe says the emails and notes were signed off as the 'true Australians'. Photo: AAP

Victoria’s first female Aboriginal MP says she has been threatened with death and gang rape for her comments over Australia Day.

Greens MP Lidia Thorpe has previously called for flags to be flown at half-mast on January 26 to recognise the crimes committed against Aboriginal people.

But her calls earlier this week were met with threatening emails and notes, which she has since reported to Victoria Police.

One threat was slipped under the door of her electorate office in Northcote.

“These are about rape, and these are quite graphic and detailed threats for me,” Ms Thorpe said.

“I’m a mum, I’ve had to ensure my children are safe.

The Greens have made changing the date of Australia Day one of their key priorities, after three Melbourne local councils moved to cancel official celebrations on January 26 this year.

Federal Greens leader Richard Di Natale said the council decisions marked the start of what he hoped would become a national movement.

Ms Thorpe said she would not be silent despite the threats.

“I am not going to stand for this kind of behaviour and I’m not going to back down from the message that I’m trying to send out there to the people of this country,” she said.

“We need to deal with the true history of this country.

“This is not going to be tolerated and it’s not going to silence me. It’s going to make me more determined to put the message out there and to stand up as an Aboriginal woman.”

On Friday, Federal Indigenous Affairs Minister Nigel Scullion claimed not a single Aboriginal or Torres Strait Islander person had approached him about changing to date of Australia Day.

He made his comments after one of the Prime Minister’s Indigenous affairs advisers, Chris Sarra, told ABC’s 7.30 holding Australia Day on January 26 was dividing Australians and excluding Indigenous people.

Senator Scullion said it was “good to have heard that advice” from Dr Sarra, but that “outside of Chris”, nobody had raised it with him.

Ms Thorpe had a message for the people who were threatening her.

“It’s signed off as the true Australians. Well I challenge that. I want to know what a true Australian is, because I come from the oldest living culture in the world.”