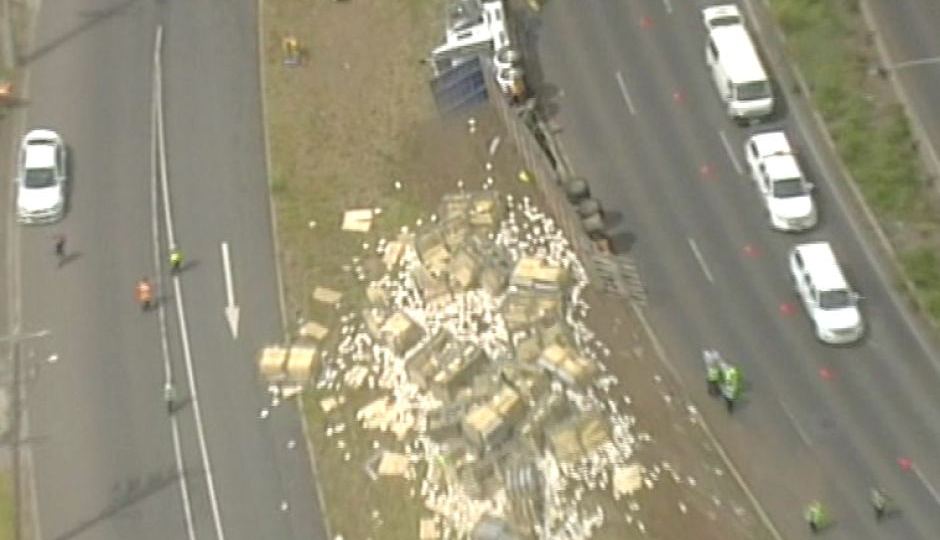 Crates of chickens littered the side of the road after the crash. Photo: ABC

A truck carrying hundreds of chickens has crashed over the side of an overpass in Geelong, scattering crates of chickens all over the embankment below.

The truck rolled off the side of the Princes Highway overpass at North Geelong about 10:15am, landing on an embankment beside Corio Quay Road.

“The Geelong bound truck lost control and rolled on its side spilling a large amount of chickens over the road,” a police statement said.

The truck driver, a 58-year-old Drysdale man, injured his arm and was taken to Geelong Hospital in a stable condition.

Many of the chickens survived the crash, and were seen wandering around the scene.

It is unclear how many of the animals died in the accident.

VicRoads said nearby Melbourne Road was closed in both directions and traffic was being diverted.

Police said it would probably be closed for several hours while crews clean up the site.