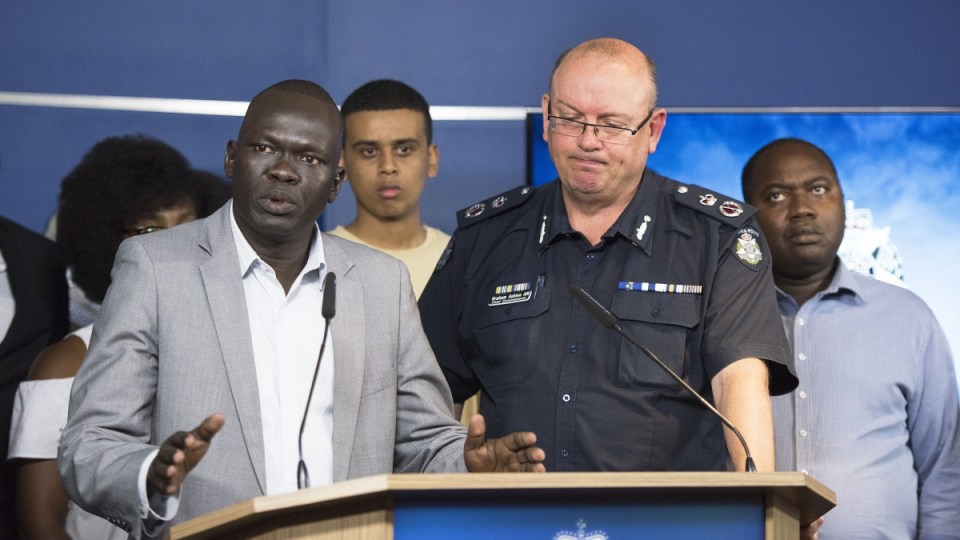 A confidential email sent by police to editors of major Melbourne news outlets last week singled out The Daily Mail for “provoking” an incident for an exclusive story.

The online article, from January 3, included photographs of the “latest gang flare-up” at Tarneit shopping centre in Melbourne’s west.

Victoria Police claim the photographer sparked the incident by taking close-up shots of teenagers socialising, The Guardian reported on Thursday.

Sources at The Daily Mail told this publication it would be unsurprising if the lead-up to the incident had been omitted deliberately from the article.

“Apex obviously rates well on The Daily Mail‘s website, so I don’t doubt they got the story they wanted,” one said.

The Herald Sun has also reported heavily on African youth involvement in Victorian crimes, including threats of deportation.

It has covered a spate of jewellery shop and service station robberies, as well as property crimes such as the trashing of an Airbnb house and community facilities at Tarneit.

The involvement of senior Liberal party figures, including Prime Minister Malcolm Turnbull, kept the issue in the public sphere while state Labor leaders were on holidays.

On Wednesday, Victoria Police Chief Commissioner Graham Ashton said African youth were visible in the community and that incidents of anti-social behaviour were on the rise.

However, he dismissed as “utter garbage” the claim Victorians were living in fear.

“I don’t think it’s a crisis … I think if you put it into context you’ve got a few hundred offenders engaging in offending in a city of 4.5 million people,” he said.

Earlier this week, The Age apologised for publishing an opinion piece by self-styled youth worker Nelly Yoa, who claimed to be “ashamed” to be Sudanese.

Mr Yoa was given a platform by numerous outlets and broadcasters before his credibility as a community leader crumbled. He has denied allegations he lied about his credentials.

The New Daily did not republish Mr Yoa’s opinions, but has published news articles on the subject and on the issue of African youth crime.

The Media Entertainment and Arts Alliance on Wednesday reiterated it was a breach of Journalistic Code of Ethics to put “unnecessary emphasis” on a person’s race, ethnicity or nationality – among other personal characteristics.

The taskforce established by police to work with the Sudanese community was also charged with investigating threats of violence against Africans. This received limited coverage.

The Daily Mail published the January 3 article as an exclusive, claiming police were spat on and “abused” as they arrested African teenagers outside Tarneit shopping centre.

The article was published alongside photographs of police struggling with a young man on the ground, and of others being marched off.

The Guardian quoted Ms Tabain saying the outlet’s photographer had “moved in to take close-up photos of a group of African teenagers socialising”.

“This led to police being called in and a scuffle ensued in which police were spat on and arrests were made. After the event, the photographer acknowledged that his actions had provoked the incident and apologised.”

The Daily Mail article did not report on the cause of the “flare-up”.

A former reporter, who worked at the publication for more than a year, said the quest for readers was paramount.

“Daily Mail has always been more interested in hyping up this ‘gang threat’ for clicks, rather than caring about covering it responsibly. That’s fine, it’s Daily Mail‘s business model, but there are ramifications to that approach.”

An Australian Press Council spokesperson said at least one complaint had been made about the article.

A Victoria Police spokesperson confirmed they had spoken to the outlet over the matter.

Premier invites Peter Dutton to dine out in Victoria

As the youth crime stories dominate the headlines, the man who initially sparked the firestorm, Home Affairs Minister Peter Dutton, from Queensland, doubled down on his criticism of Victorian Premier Daniel Andrews.

“The law applies equally to any Australian – to any Victorian in this case – so Mr Andrews has, I think, a lot of deep thinking to do, to firstly apologise to the people of Victoria for the mistakes that he’s made which has led to the resulting violence that has taken place,” he said on Adelaide radio station FIVEaa.

Kelly O’Dwyer, federal Member for Higgins in Melbourne’s south-east, backed Mr Dutton’s claim that locals were afraid to eat out at night.

Mr Andrews responded by asking Mr Dutton to eat out for dinner in Victoria, noting he thought his comments were “designed to be as controversial as possible”.