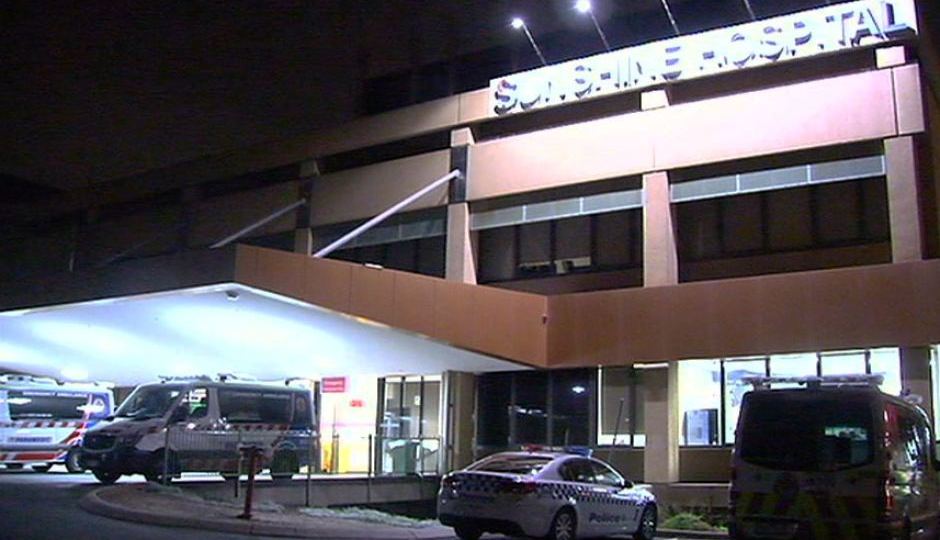 A nurse has been seriously injured in a hit-and-run outside Melbourne's Sunshine Hospital. Photo: ABC News

Victorian police are continuing to search for a dark-coloured ute that was involved in a “cowardly” hit-and-run outside Sunshine Hospital that left a nurse seriously injured.

It is the latest in a series of similar incidents in Victoria over recent months.

Shanne Doktor-Naron, 29, had just finished her shift and was crossing Furlong Road in Melbourne’s west around 10pm on Monday, when a ute raced a red light at a pedestrian crossing.

Senior Constable Debra McFarlane said the person driving the car would have been aware they had hit someone, but did not stop.

“She was walking across the pedestrian crossing and was hit by a black ute to the ground, receiving major injuries,” she said.

“It’s very, very fortunate that she’s [now] in a stable condition, it could have been a lot worse.

“This person definitely would’ve known they’d hit somebody, and we’re appealing for that person to attend the nearest police station and just report the incident.”

According to Ms Doktor-Naron’s husband, his wife tried to get out of car’s way on the pedestrian crossing.

”The guy was revving hard, she saw him coming and stepped back a little, but still got hit by the car,” Justin Naron said on Nine News.

Mr Naron told Nine his wife had a badly broken arm and he was furious.

I’m mad, how could a heartless person do this to her? She is very kind, caring … I don’t know why people like that exist.”

Police say the ute would have damage and any suspicions should be reported.

“It should have received quite an amount of damage to the left front passenger-side panel,” Senior Constable McFarlane said.

Colleagues rallied behind Ms Doktor-Naron in support, including the Victorian branch of the nursing union.

“Our thoughts are with the injured nurse … and we wish her a full and quick recovery,” Australian Nursing and Midwifery Federation acting secretary Paul Gilbert said.

He said the organisation was seeking an urgent meeting with Western Health, which manages the hospital where the nurse was struck.

“There have been significant challenges with car parking for staff at Sunshine Hospital, particularly during the construction of the new Joan Kirner Women’s and Children’s Hospital.”

Senior Constable McFarlane said police would like to speak to anyone who may have witnessed the incident, or had dash cam footage.

“This is a cowardly act, and we’re appealing for any witnesses that know anything about it to please contact CrimeStoppers,” she said.

“If you’ve observed anyone with damage to their vehicle in the past 24 hours, please contact us.”

Victoria has endured a series of hit-run incidents in recent months, with a 41-year-old Sunshine North woman charged in November over a crash involving a 13-year-old girl in Coburg and two teenagers charged after a motorcyclist was killed at Mitcham.