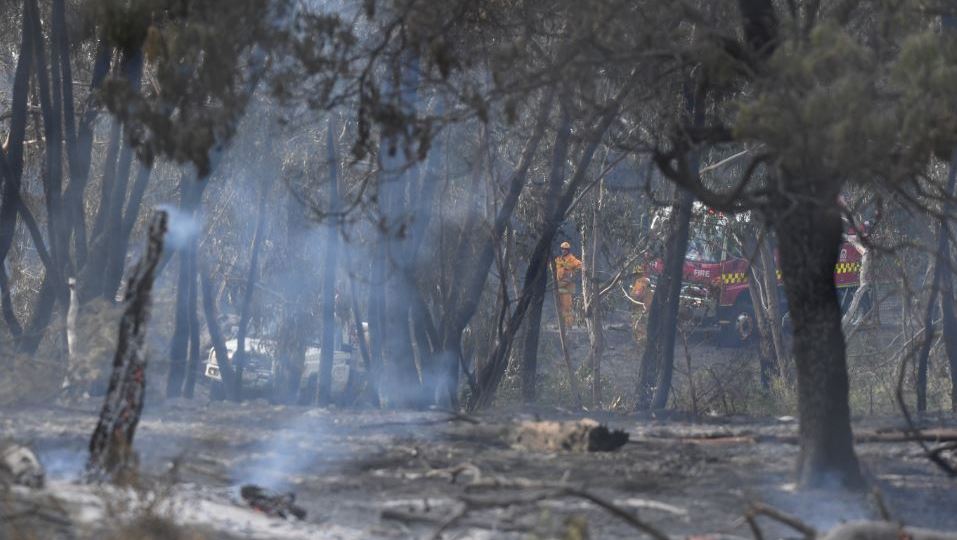 The fire that damaged homes and devastated a patch of pristine suburban bush was deliberately lit, police allege. AAP/James Ross

A teenage girl has been charged with starting a fire that damaged one home and threatened dozens more in Melbourne’s southeast.

It took more than 300 firefighters to contain the blaze in Carrum Downs on Saturday, with 50 fire appliances in attendance.

The 15-year-old has been charged with intentionally starting a bushfire after the blaze badly damaged a family home on Darnley Drive and put the entire street at risk on Saturday.

The teenager has been bailed to appear before a children’s court at a later date, Victoria Police said in a statement on Sunday.

The fire started in Blue Wren Rise just before 3pm on Saturday, a day authorities had declared a total fire ban as temperatures across the state soared above 40C.

It soon spread to surrounding dense scrubland and prompted the evacuation of 30 residents from Darnley Drive and Augusta Court.

One family home was severely damaged when embers got into an evaporative air conditioning unit.

No one was injured but the family cannot return home.

The blaze also damaged sheds, fences and a motorhome.

Fire crews returned on Sunday to black out areas after spending the night extinguishing hot spots.

Crews will remain in the area to patrol and monitor conditions, with residents advised to expect some smoke.

Residents in and around the western Victorian town of Glenormiston will also be affected by smoke on Sunday as firefighters pull apart and extinguish smouldering hay bails from a now under-control fire.