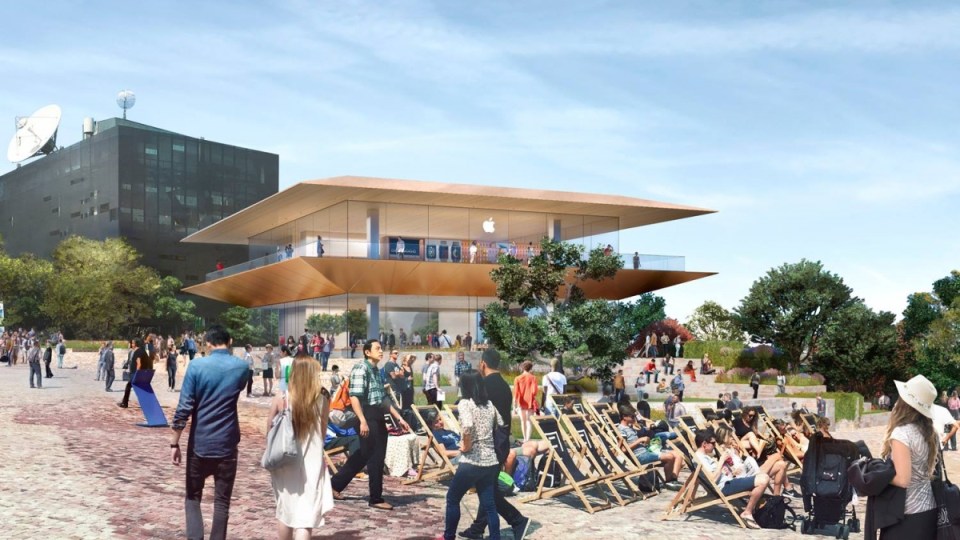 The Victorian government has been accused of turning Federation Square into a shopping mall after leasing prime public space to tech giant Apple.

Tourism Minister John Eren on Wednesday confirmed the Yarra building would be demolished, just 15 years after its construction, to make way for a two-storey Apple concept store.

Greens councillor Rohan Leppert was incensed there was no public consultation.

“The bottom line is that this is Melbourne’s civic square, and the public should have had a say – and they didn’t,” Cr Leppert told The New Daily.

“It changes a cultural and civic space to a predominantly commercial space.

“Melbourne’s a pretty big place and there’s plenty of places for an Apple flagship store to go. Why put it in the middle of Melbourne’s premier civic square? It doesn’t seem to make sense.”

Locals were critical of the redevelopment on social media.

“Why not put in a McDonald’s, too?” one Melburnian wrote on Facebook.

But Cr Leppert said it wasn’t clear if the majority was against it.

“I don’t know, but we will never know because the decision seems to have already been made.”

The Apple concept store will have photography, music, arts and app sessions.

“The spaces will host workshops, classes and live music events. It will add to the exciting program of events already delivered,” Federation Square said in a statement.

The New Daily has asked the state government whether Apple should be the arbiter of cultural education on public land.

The Shadow Minister for Planning, David Davis, agreed there was a risk the Square “could become a much more commercial feeling place”.

“Federation Square is a public place where people can gather, for families and communities to come together, and allowing a multibillion-dollar business is putting that at risk,” Mr Davis said.

According to the Square’s Civic and Cultural Charter, its overall purpose is “to achieve specific cultural and civic objectives for Victoria”.

Architect Donald Bates, the initial designer behind Federation Square, said it was always part of the brief to include civic, cultural and commercial entities.

“So when people say ‘they’re commercialising public space’, it’s not true. Federation Square has always been an amalgam of the civic, commercial and cultural,” Professor Bates told The New Daily.

The big issue for Fed Square management is that they have to make Federation Square work from a commercial point of view as well as from a civic and cultural point of view.

“So having a tenant like Apple will help to provide some financial stability as well.”

The Yarra building is currently home to Koorie Heritage Trust, which will be moved to the Alfred Deakin building across the Square.

Koorie Heritage Trust supports the move, as it will have a bigger space and a dedicated entrance. It expects to move mid-2019.

The Apple store will take up less space than the Yarra building, and Mr Eren said it would open up nearly 500 square metres of new public space.

Professor Bates said it would not be the focal point, and would better connect the plaza to the Yarra River.

The Labor government expects the Apple store to attract an additional two million tourists each year. It will create 250 construction jobs and hundreds of ongoing jobs at the precinct, Mr Eren said.

Construction is expected to begin in early 2019 and the Apple store will open in 2020.

‘Why not put in a McDonald’s too?’: Melbourne lashes Apple takeover at Federation Square