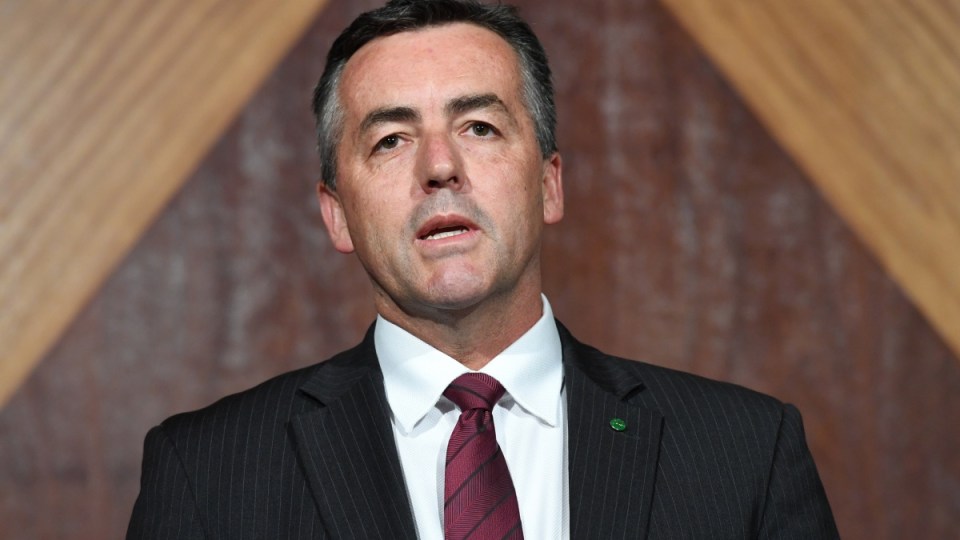 The Victorian government has accused “the Prime Minister for Sydney” of depriving the state of its fair share of federal cash after Darren Chester lost the infrastructure portfolio in a dramatic cabinet reshuffle.

Malcolm Turnbull on Tuesday took the portfolio out of the Victorian minister’s hands and placed it – along with the blame – in the lap of Deputy Prime Minister Barnaby Joyce.

There are fears state infrastructure funding could suffer as a result, with one state government minister saying Victoria could miss out on the $5 billion LAND 400 contract to develop 225 military land vehicles, with its estimated 2000 jobs.

Victorian Treasurer Tim Pallas claimed Mr Chester was “paying a price for standing up for our state in Malcolm Turnbull’s Sydney-centric government”.

“The Prime Minister for Sydney has little to be proud of in this latest reshuffle – the only infrastructure job he’s ever created in Victoria has been shipped to New South Wales,” Mr Pallas said on Tuesday.

Victoria received just 9.4 per cent of federal infrastructure funding, despite making up one-quarter of the population and leading economic growth, Mr Pallas said.

NSW received a huge 45.5 per cent of funding, he said.

A Turnbull government spokesperson rejected the claim, saying it had provided $8.9 billion for infrastructure in Victoria.

“This commitment includes an allocation of $1.5 billion to new projects in Victoria which was made at the most recent federal budget,” the spokesperson told The New Daily.

“They also wasted $1.2 billion of Victorian taxpayers’ money to not build the East West Link – a project which the Turnbull government supports and has $3 billion on the table for.”

Philip Dalidakis, state trade and investment minister, is concerned Victoria could now be overlooked for the LAND 400 contract.

He said Victoria had a proven track record in the field, and feared the cabinet reshuffle showed the contract would not be given on merit.

“This project is too important to be the plaything of a Prime Minister desperate to save his political skin in Queensland,” Mr Dalidakis said.

Premier Daniel Andrews earlier said he was concerned federal funding for Victorian infrastructure would be worse off following the reshuffle.

“I wouldn’t like to think we could go any lower … But that’s really a matter for Malcolm Turnbull. Just how little does he want to spend in Victoria?”

Mr Turnbull put the blame for Mr Chester’s demotion to the backbench on “matters of geography”, with Queensland MPs David Littleproud and John McVeigh entering cabinet. Mr Littleproud has been in Parliament for just 18 months.

“Plainly – Barnaby Joyce will no doubt be able to answer this directly – but plainly, the Nationals have a very large component of their party room coming from Queensland. Barnaby was keen to see that reflected in their representatives in the Cabinet,” Mr Turnbull said.

The demotion was speculated to be payback. Mr Chester had backed Bridget McKenzie in her successful bid for Deputy Nationals Leader at the recent contest, against Mr Joyce’s reported favoured choice for Matt Canavan.

Mr Chester was also an outspoken supporter of same-sex marriage, which he conceded many of his colleagues disliked.

“Naturally, I’m disappointed by the leader of the Nationals’ decision to exclude me from his cabinet team,” Mr Chester said.

“Politics can be a tough business … But life goes on and I will continue to support the Turnbull government.”