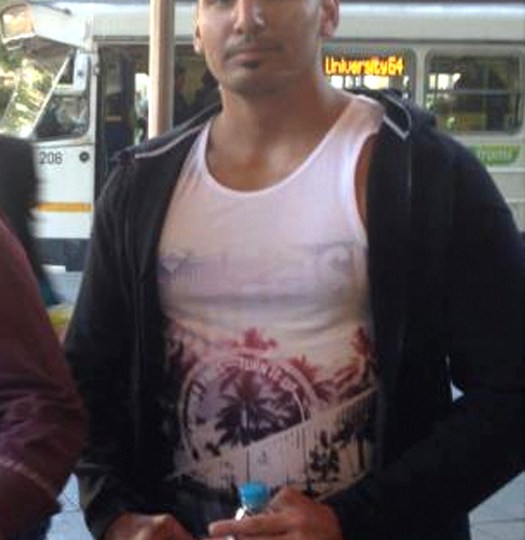 The brother of Dimitrious ‘James’ Gargasoulas has stood by his sibling in court almost a year after six people died in the Bourke Street car attack.

Angelo Gargasoulas supported his 27-year-old brother as he appeared before the Victorian Supreme Court via video link for a directions hearing on Monday.

“Family’s family,” he said outside court.

Angelo was concerned for Mr Gargasoulas’ mental health, as the prosecution consider whether he is fit to stand trial.

The accused man on Friday waived his right to a pre-trial committal hearing and pleaded not guilty to 39 offences, including six counts of murder and 28 of attempted murder, over the Bourke St rampage on January 20.

Mental health experts who assessed Mr Gargasoulas in custody believe his mental fitness to plead and stand trial is an issue.

Director of Public Prosecutions John Champion SC said they are awaiting another report before deciding how the case will proceed.

The report, by the state’s criminal mental health service Forensicare, is not expected to be completed before March.

“I would hope Forensicare would give this matter urgent priority,” Justice Lex Lasry said.

“This is one of those cases where there is some level of pressure.”

Defence barrister Theo Alexander said Mr Gargasoulas’ ability to understand what was happening in court was an issue.

“The primary inquiry is his current presentation,” he told the court.

Outside court, Angelo said he was worried about his older brother.

“That’s the only thing I’m more than concerned about, pretty much his mental health and how he’s doing,” he told media.

“Family’s family after all, at the end of the day.”

Angelo said he and his brother have been writing each other letters while the 27-year-old has been in prison.

The 26-year-old said Mr Gargasoulas has “most definitely” shown remorse for what has happened.

The case is due to return to court on March 2 for an update about whether Mr Gargasoulas can stand trial or whether he should face a hearing about his mental state.