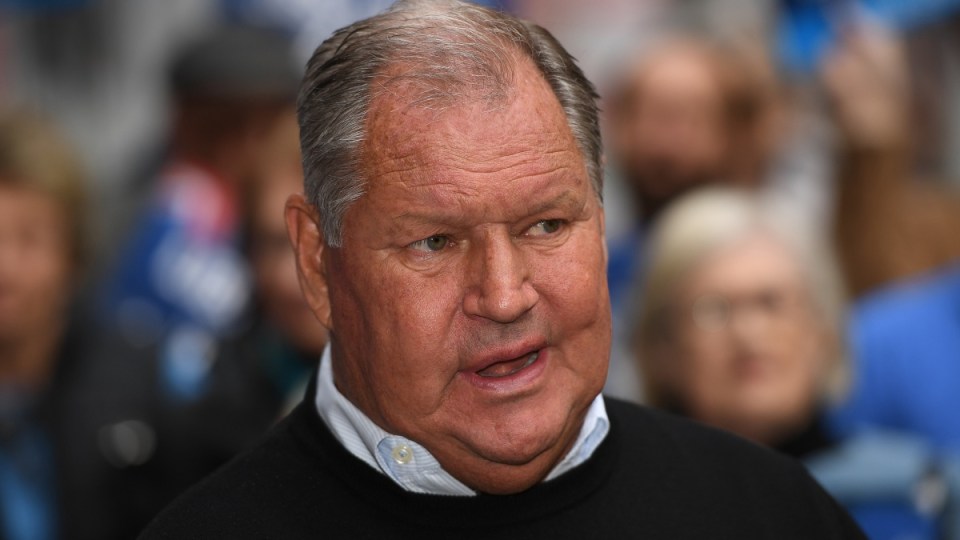 Deputy Lord Mayor Arron Wood confirmed he would step up to assume the top job while Cr Doyle is on leave.

Cr Doyle, 64, strenuously denied the “abhorrent” claims in a statement on Sunday and complained he had not been informed of the specific allegations.

His announcement follows Friday’s resignation of Councillor Tessa Sullivan, who ran on the Team Doyle ticket at the 2016 election.

Ms Sullivan was accompanied by her friend Jacqui Siebel as a support person when she submitted her resignation and made the complaint.

Ms Siebel, who works at a community law centre, told The New Daily her friend was “very brave” for coming forward with the allegations.

It’s alleged Cr Doyle groped her breast, according to The Age.

On a separate occasion, it’s alleged Ms Sullivan accompanied Cr Doyle to the elevator after a meeting and said she would go down with him, referring to the elevator.

Another female colleague has reportedly alleged he clutched her upper thigh during a meeting, but she has not made a formal complaint.

The acting Lord Mayor, Cr Wood, said he was concerned about the allegations and welcomed the independent investigation.

“Like all councillors, I am very concerned by the allegations made public today and welcome the independent investigation that has been established by the Chief Executive Officer,” Cr Wood said.

“The investigation will be particularly important in providing natural justice to all parties.

“The facts in this specific matter are yet to be determined. Any allegations should always be fully investigated.

“I will not be commenting further on the investigation.”

Mr Rimmer said he’d been made aware of the “serious allegations” on Friday evening and informed Cr Doyle on Sunday.

“Considering my obligations to ensure a safe workplace, I have commissioned an independent external investigation of these matters,” he said in a statement.

“Pending the outcome of this investigation, I will determine what further action, if any, is required and available to me.

“These allegations are very serious, and if proven would be inconsistent with the values of the city and the organisation. Therefore it is very important that these matters are thoroughly investigated.”

Cr Doyle denied any inappropriate conduct in a statement on Sunday and welcomed the investigation to clear his name.

“I am shocked. I have not been officially informed of the specifics but find the allegations detailed to me by media outlets thoroughly abhorrent, not only as Lord Mayor but as a father of young women, a husband, a brother and as the head of an office made up entirely of women,” Cr Doyle said in a statement on Sunday.

“I am frustrated that I have not been formally provided the specific allegations which have been strategically released to media which is a denial of natural justice and clearly damaging to my reputation.

“This is an incredibly distressing time for me and my family.”

He announced he would be taking a month’s leave while the matter was investigated, and said he was being legally represented.

“My decision to take leave must not be interpreted as any concession or admission.”

Cr Doyle has been Lord Mayor since the 2008 election, and is Melbourne’s longest-serving mayor. The next election is due to be held in October 2020.

Ms Sullivan was born and raised in Thailand before moving to Melbourne in 1999. She is a lawyer and worked in commercial and family law before entering local politics.

She was elected to council in 2016 and held disability, homelessness, city safety, affordable housing and aged care portfolios.

A countback is likely to return Beverley Pinder-Mortimer, who was next on the Team Doyle ticket at last year’s election.