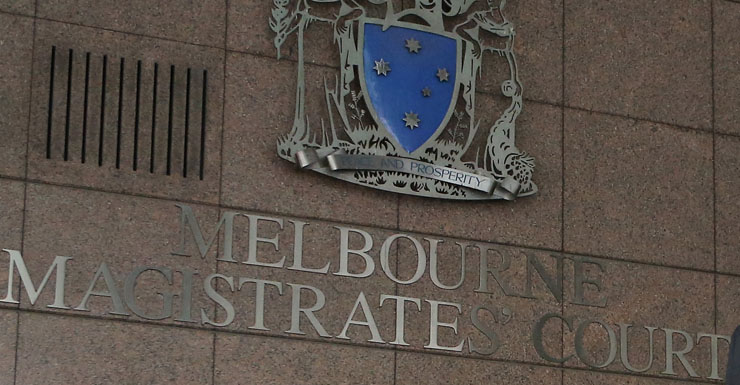 An Indian woman allegedly kept as a slave by a Melbourne couple was found by paramedics emaciated and suffering severe hypothermia as she lay in a pool of urine, a court has heard.

Husband and wife Kandasamy Kannan and Kumuthini Kannan are facing a committal hearing in the Melbourne Magistrates’ Court accused of keeping the woman as a slave at their Mount Waverley home for more than eight years.

The couple have been charged with possessing a slave, exercising powers over a slave and harbouring an unlawful non-citizen.

Commonwealth prosecutor Fiona McLeod SC told the hearing the woman travelled to Australia from India on a tourist visa in 2007 to perform domestic duties for the couple and help look after their three children.

But she told police she had not been allowed to the leave the house alone, did not receive an income and had been physically assaulted by Ms Kannan, the court heard.

Ms McLeod said the woman told detectives Ms Kannan would pull her hair, slap and kick her as well as using frozen produce and knives to hit her if her cooking and cleaning was not up to standard.

She said Ms Kannan would make her work from 5.30am to 3am each day and throw things before making her clean them up if she tried to rest or take a break.

The court heard she also told police she was often too tired to eat substantial meals and was surviving on cups of tea and rice.

‘Emaciated’ woman found in a pool of urine

The court heard Mr Kannan would not intervene when the woman was being attacked by his wife, but would later ask if she was okay or if she needed medicine.

It was alleged the woman was locked inside the couple’s home when they went on annual month-long holidays, and that she was not even allowed to take the rubbish outside to the bin.

Ms McLeod told the hearing Ms Kannan called paramedics to the couple’s home in 2015 when the woman collapsed on the bathroom floor and was unable to get up.

She was found emaciated and lying in a pool of urine with extreme hypothermia and severe urinary sepsis.

The court heard she was admitted to intensive care and met with social workers a number of times after concerns were raised about her living situation.

‘She became part of the family’

The woman, who had been admitted to hospital by Ms Kannan under a false name, initially lied about how long she had been living in Australia and that she was not being mistreated, the court was told.

Ms McLeod said the woman’s son-in-law had raised concerns about her health earlier that year and asked Ms Kannan to allow her to return to India several times.

The couple rejected the allegations and denied the woman was treated as a slave.

Ms Kannan’s barrister Dr Gideon Boas told the hearing the woman received clothing, board and food and was cared for by the couple.

“The complainant voluntarily came to Australia … she became part of the family … she became like the children’s grandmother,” he said.
“She received things and money and wanted for nothing.”