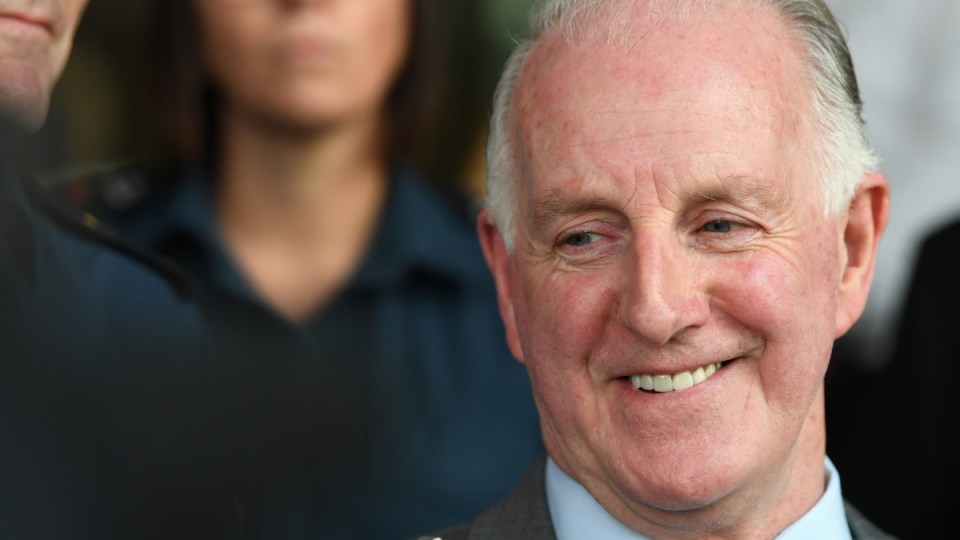 The women who bashed paramedic Paul Judd have been jailed Photo: AAP

An experienced Melbourne paramedic hopes he can one day return to work after being viciously bashed on the job by two drunk mums.

The women who bashed Paul Judd have been jailed in a historic decision that marks the first time tough new Victorian sentencing laws have been applied for an emergency worker assault.

Mr Judd suffered a badly broken foot when he was attacked by Amanda Warren and Caris Underwood while treating a patient with a colleague at suburban Reservoir in April 2016.

The women punched and kicked Mr Judd repeatedly before fleeing in a car that Warren deliberately crashed into the ambulance as she left.

Warren, 31, was jailed for eight months and Underwood, 21, received four months when the pair were sentenced in the Melbourne Magistrates Court on Monday.

“The attack on both paramedics was unprovoked and very vicious,” Magistrate Lance Martin said.

Warren and Underwood pleaded guilty to intentionally causing injury while Warren also admitted damaging the ambulance and trying to steal a piece of jewellery.

Mr Judd said the attack had taken its toll.

He said he’s “seen a fair bit” in his decades of ambulance work but this was the worst attack he’d experienced.

Mr Judd, who still hasn’t been able to return to work, has had three operations on his foot.

“Any violence towards paramedics, indeed anybody really, is just not acceptable and we shouldn’t tolerate it,” he said outside court.

Mr Judd said he missed his colleagues but was hopeful of a return to the front line.

Fellow paramedic Chenaye Bentley was working with Mr Judd on the day and although she wasn’t injured, she has struggled since.

There have been days where I cannot bear the thought of attending an aggressive patient or bystander.”

The case marks the first time a mandatory minimum jail term has been applied over an assault on a paramedic, Ambulance Victoria says.

Victorian laws introduced in 2014 demand a mandatory minimum jail term of six months for anyone who intentionally injures an emergency worker, unless there are “special reasons”.

Underwood’s young age, being 18 at the time of the attack, was considered a special reason.

Underwood and Warren, who are both mothers of young children, will be subject to 12-month community corrections orders upon release from jail.

Ambulance Victoria’s director of emergency operations Mick Stephenson said assaults on paramedics were too common in the state, with about one every day.

“It won’t be tolerated and we will continue to work very hard to see there is no occupational violence in our workplace,” he said.

“The general public need to understand that paramedics are in the business of saving lives and helping people. There’s absolutely no reason to show aggression or violence to paramedics.”

Mr McGhie said paramedics were “not a punching bag or a football”, and the jail sentences showed such attacks wouldn’t be tolerated.

According to Ambulance Victoria figures, 235 paramedics were assaulted last year – about one every 37 hours.

The state government announced a trial in June that would roll out body cameras to paramedics.