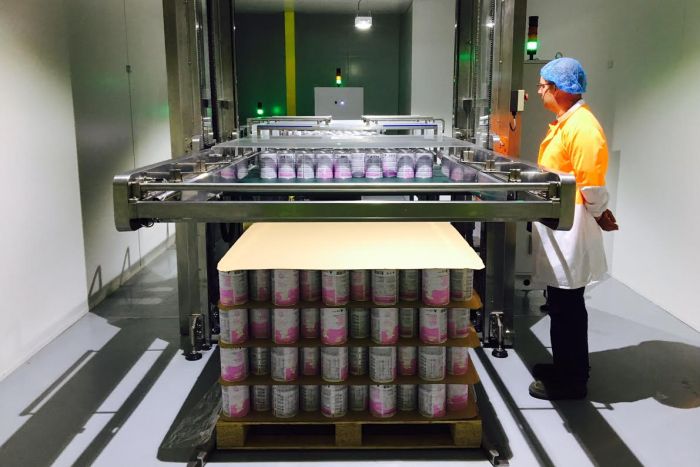 Australian infant formula manufacturers must gain Chinese Food and Drug Administration (CFDA) approval to continue exporting their products into China from the start of next year.

The South Gippsland company, based at Toora, said the approval is for three of their infant formulas – two made from cow milk and one from goat milk.

ViPlus Dairy’s international sales and marketing manager Chris McKiernan said the renewed access to the Chinese market will mean more jobs at its Toora plant as it looks to increase production.

“It’s a very important process because we have a surety for our jobs and the people we employ, and it provides surety for all our clients and stakeholders,” he said.

“That approval means we can start ramping up production again and move forward with planning and expansion initiatives.

“As we develop more internal testing procedures we’ll have more people in quality control and testing in place.”

As the number of infant formula brands in China decreases under the legislation, Mr McKiernan said Australian producers could fill the gap.

“We have capacity at the factory currently of around 10 million tins per year. With the CFDA announcement we intend to ramp up production again so we can even surpass that with an increased labour force,” he said.

“We really see [the CFDA approval] as a mechanism of brand control and trying to get a bit more of an understanding of the volume of brands from around the world that are coming into the China market.

“Essentially some factories may have been producing 15 to 20 different brands. However, now all factories around the world are restricted to three brands only.”

ViPlus Dairy is also getting ready to send its first shipment of milk formula to the Middle East early next year.

“We have signed with a couple of distributors that will service the MENA region,” Mr McKiernan said.

“We’re in a process in the Middle East going through a label registration process, which is not as rigorous as what it is in China, so we hope to see our first products being shipped in February 2018.

The company is also exporting to Cambodia, Vietnam, and seeking opportunities for value-added products into North America.