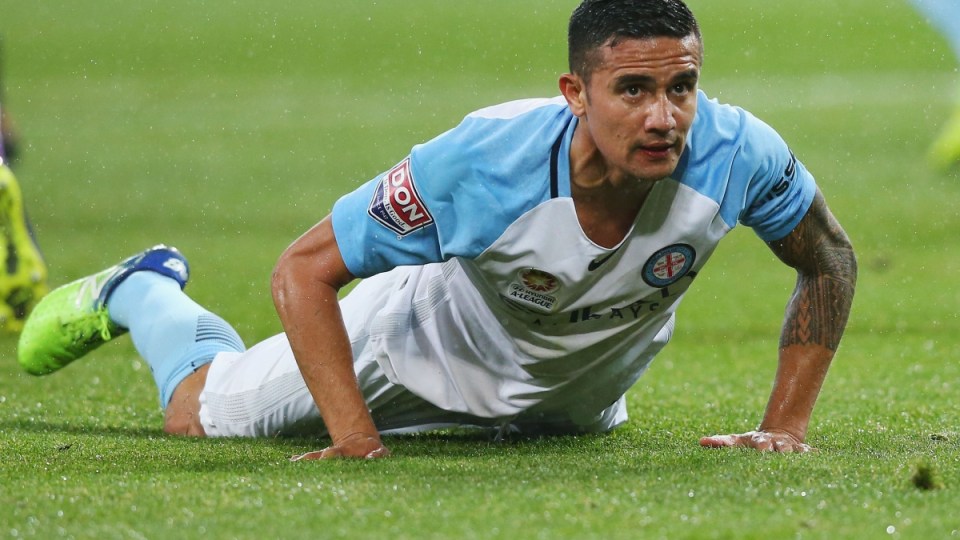 “Qualifying for the World Cup has been a great adventure, and it would be a massive honour to represent my country in Russia. That will be my focus in the coming months,” Cahill said in a statement.

The all-time leading Socceroo scorer will spend the next month at least without a club, given the closed international transfer window. Cahill started just one game for City this season.

He is yet to make clear where his next destination will be but at his age he is thought unlikey to be heading to Europe.

Cahill has links to the UAE, where close friend and Socceroos teammate Ryan McGowan is currently based and the Arabian Gulf League’s transfer window opens next week, with a brief season break before the resumption of matches in early January.

“Playing in the domestic league in Australia was always an important career goal for me, and my experience here has been fulfilling from start to finish,” he said.

Cahill scored the only goal in the 2016 FFA Cup final, capturing the first trophy for Melbourne City’s senior men’s team.

His contract has been effectively ripped up, meaning he will not transition to become a coach at the club next season.

Cahill’s departure comes amid major ructions at the A-League club.

New coach Warren Joyce has overlooked several players, including Cahill, in his desire to chart a new course for the club – which has struggled for on and off-field success in eight seasons in the league.

Joyce has preferred on-loan striker Ross McCormack to Cahill, but said City would be weaker without Cahill’s influence.

“Having players of Tim’s stature in the dressing room can only help develop a squad’s ambitions, and his impact on the team and for the club is well known, particularly with the younger players,” he said.

“I have appreciated the contribution he has made both on and off the field and the dedication he has shown in training.”

Cahill’s departure is unlikely to help City’s attempts to establish itself in Melbourne.

Despite being the richest club in Australia – thanks to their Abu Dhabi-based owners – City’s average attendance is under 9000 with only Central Coast and Wellington boasting poorer numbers.

Soccer: Tim Cahill sidelined as he awaits his next club challenge