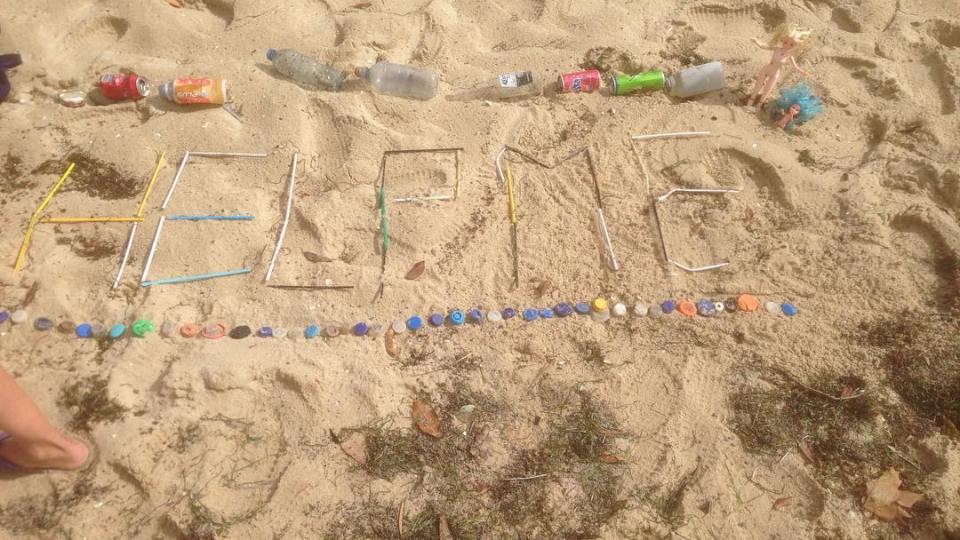 All 36 beaches in Port Phillip Bay are unsafe for swimming after dog poo, cigarettes and household chemicals were washed off Melbourne streets into storm water drains.

Victoria’s Environment Protection Authority has warned swimming in Port Phillip Bay and four popular sites along the Yarra River could make you sick.

The EPA will conduct testing to determine how long people should avoid the water, but poor quality not suitable for swimming could last for several days.

“EPA advises against swimming at all waterways and beaches for up to 48 hours after heavy rain as there could be a higher risk of illness to swimmers from increased bacterial levels,” the EPA warned on Tuesday.

“Heavy rain and storms can create a risk to the public as they can flood stormwater systems that then carry pollution that has built up in the drains into waterways.”

Barbie dolls, disposable drink bottle lids and plastic straws are among the rubbish littered across Port Melbourne and Sandridge after the weekend’s deluge, according to Beach Patrol Australia.

“Port Phillip Bay is essentially the garbage dump for anything that is not put in the bin and even trash that escapes bins,” Mr Sinclair told The New Daily.

Mr Sinclair, who also started Port Melbourne Icebergs, said the swimming group probably wouldn’t return to the bay for some time thanks to the pollution.

Victorian Commissioner for Environmental Sustainability, Gillian Sparkes, said stormwater was a “threat to the health of our bays”.

“The recent rain really does remind us of the impact of stormwater on our bays and waterways,” Dr Sparkes told The New Daily.

“There is a lot of work being done around integrated water management. Getting better use of stormwater is central to the goals for that, as stormwater is a threat to the health of our bays.

“At its core, the strategy is all about making sure that stormwater does not get into the Bay, and we find better uses for it.”

Port Phillip Council has previously called on Melbourne to “bin it or swim in it”.

“No matter where in Melbourne litter is discarded it will eventually find its way into the bay.”

The Council has installed litter and gross pollutant traps in 197 locations, and can capture something as small as a cigarette butt.

“In recent years, up to 150 tonnes of litter has been trapped per year – equivalent to 18 full garbage truck loads.”

On Tuesday, the state government announced a new draft plan to protect wetlands along Port Phillip Bay and the Bellarine Peninsula.

Minister for Water Lisa Neville said the management plan would ensure the area remains a “thriving, healthy environment for generations to come”.

“We’re continuing to invest in the Port Phillip Bay and the Bellarine Peninsula Ramsar site, it’s an important community asset, which provides opportunities for recreation, birdwatching and education,” she said in a statement on Tuesday.