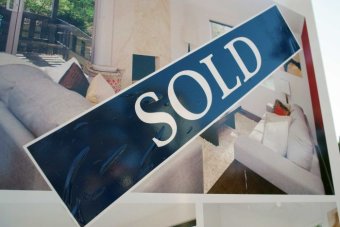 Underquoting has been a problem in the Melbourne property market. Photo: ABC

A Melbourne real estate company has been fined for a second time for underquoting properties.

The franchisee admitted to false and misleading conduct charges brought by the director of Consumers Affairs Victoria.

It follows a fine of $300,000 imposed on Hocking Stuart Richmond for underquoting last year.

In the latest matter the court heard that between June 2014 and December 2016, Hocking Stuart Doncaster deliberately advertised nine properties at price ranges lower than the homes would sell for.

The court heard realtors told owners underquoting was a technique designed to attract buyers, which would in turn drive up the sale price.

“In many cases it had been instructed by the vendor that the property was not available for sale at the price estimated,” Justice Bernard Murphy said.

In 2015, Hocking Stuart Doncaster also advertised a Templestowe home for $1.7 million and above, despite the owner wanting $1.8 million to $1.9 million.

The court heard underquoting was a widespread practice in the industry, but Consumer Affairs Victoria found only nine out of 25 sales investigated involved underquoting.

“Hocking Stuart Doncaster’s conduct was plainly deliberate,” Justice Murphy said. “It was intended and as apt to create the illusion of a bargain.”

The agency was facing a maximum penalty of $9.9 million for breaching consumer law, but the judge agreed to a lesser penalty as the business only made a small profit as a result of its conduct.

Hocking Stuart Doncaster was ordered to pay $160,000 plus court costs, and to implement a three-year compliance order.

Between December 2016 and July 2017, six other Victorian real estate companies accepted enforceable undertakings for underquoting, paying a total of $240,000 in penalties.