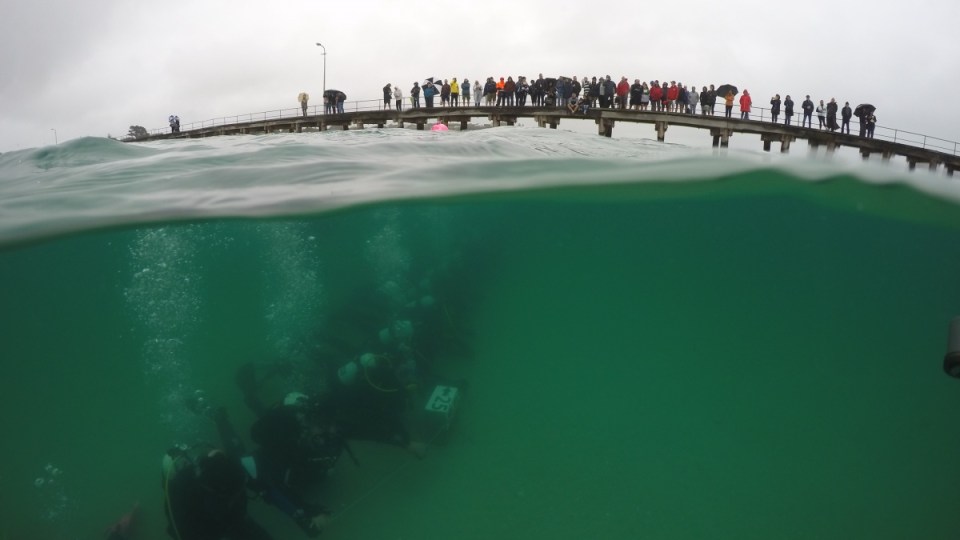 Thrillseekers in Victoria braved wild weather and heavy rain on the weekend to set a world record for the longest underwater chain of scuba divers.

Up to 360 divers gathered at Rye Pier on the Mornington Peninsula to break the record despite storms lashing the state.

Divers plunged below the surface and joined hands in their bid to form a human chain measuring more than 270 metres.

“This has been a great day,” Diving Industry of Victoria spokesman Luke English said after the record was secured.

“We all went to the pub after we did it and the atmosphere was just amazing,” he said.

The record previously stood at 308, but Mr English said he didn’t want to smash it and wanted others to have a chance to take part in the future.

Despite dreary conditions on dry land the conditions for diving were perfect.

The attempt was made to promote scuba diving in Victoria’s waters which include submarine wrecks.

“It’s an amazing place to dive. There are four British submarines and we wanted to show how good diving here is,” Mr English said.