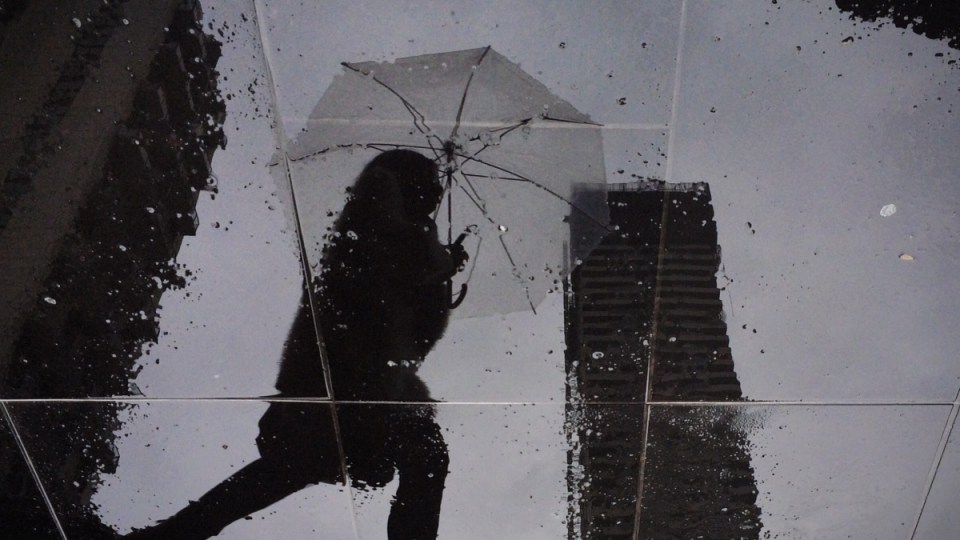 Up to 150mm of rain is expected to hit Melbourne over the weekend (stock image). Photo: Getty

Melbourne will be thrashed by an “unprecedented” storm, hail and flash flooding over the next three days, with more rain expected than the entire summer average.

The entire south-east coast of Australia will be affected by a low-pressure system, with residents of South Australia warned to expect floods, while parts of New South Wales could also receive up to 150 millimetres of rain.

About 150mm of rain is expected to batter Melbourne between Friday morning and Sunday, accounting for the entire summer average in three days.

Up to 300mm could fall in Victoria’s north-east, about three times the monthly average for some regions.

The Bureau of Meteorology (BoM) released a severe weather warning and flood watch for rivers across the state.

“This is a very, very big weather event, we are in uncharted territory,” senior BoM meteorologist Scott Williams told reporters on Wednesday.

“When you’re talking 150, up to 300, millimetres on the ranges, that makes it unprecedented.”

There will be slightly less rain in Melbourne on Monday, “but it’ll be falling on pretty saturated ground, so it’s going to be pretty wet”, Mr Hough said.

During Question Time in State Parliament on Thursday, Premier Daniel Andrews warned Victorians to heed all advice ahead of the wild weather.

It’s too much rain though. Up to 150mms in Melb from fri-Sun https://t.co/lOZMq5pihh

The entire south-east coast will be hit by the low-pressure system, with storms set to dump up to 100mm of rain in parts of South Australia over the next few days as residents are warned to prepare for flooding.

A flood watch has been issued for rivers across the state including the Torrens, Onkaparinga and Gawler, the Bureau of Meteorology says.

A low-pressure trough is also expected to bring thunderstorms across the state starting late on Thursday.

Thankfully, Adelaide will miss the worst of it on Saturday when the Ashes goes ahead.

“At this stage it looks like there could be a few showers around on and off for most of the day,” Mr Hough said.

The maximum temperature should hover around 20 degrees.

But Sydney should also miss the wettest weather, Mr Hough said, and will have top temperatures around 28 and 29 degrees over the weekend.

“It looks at this stage to miss the heaviest falls, and so currently the best chance of Sydney getting rain is later Saturday evening.”

It comes after a week of wild weather in other parts of the country which saw a man rescue an elderly woman from her car after she became stuck in flash flooding in Brisbane’s north on Wednesday.

Toombul, in the city’s north, went underwater when an average of between 60 and 70mm fell between 9am and 3pm. Mt Coot-tha in Brisbane recorded 111mm on Wednesday.

Rain is expected to continue in Brisbane over the weekend, with maximum temperatures between 27 and 29 degrees.

In Victoria, farmers worked into the early hours of the morning on Thursday to protect their crops of barley, chickpeas and legumes.

“For many people it might be an inconvenience, but for agriculture with the timing of crops being harvest, fruits being developed and the humidity that follows big rain events, it is going to be challenging,” President of the Victorian Farmers Association David Jochinke told 3AW radio on Thursday.

‘Unprecedented’ rainfall to hit south-east Australia over the weekend