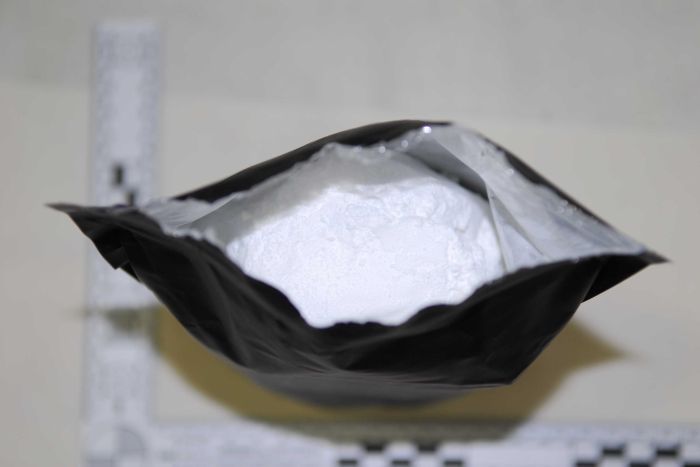 The drugs found by the AFP. Photo: AFP

Two Mexican men charged over an attempted importation of 300kg of cocaine hidden in pallets of coffee and cocoa have faced court in Melbourne.

Eduardo Radamez Chavez Gonzalez , 33, and Gabriel Altamirano Galindo, 34, faced Melbourne Magistrates Court on Thursday after authorities seized the drug haul, which has an estimated street value of about $105 million.

Police allege it was hidden in pallets of cocoa and coffee powder, discovered during a raid on an Altona business earlier in November.

It followed a joint federal and state investigation into Gonzalez, who was first arrested at Melbourne Airport with a small quantity of cocaine.

Galindo was arrested on Wednesday after police raided homes at Port Melbourne and Balaclava.

“Sadly, Australians are still prepared to pay a very high price for drugs including cocaine, but we aren’t making it easy for them,” he said.

“This is why Border Force officers turn up to work each day – to play their part in stopping dangerous people, peddling dangerous drugs, from entering our country and ruining Australian lives.”

Both men have been remanded into custody to reappear in court on March 22.

“During this investigation we used the AFP International Network and worked closely with officers at the newly opened AFP post in Mexico,” Commander Beveridge said.

“We were able to obtain intelligence on this organised criminal syndicate from the source and trace their activities across the globe.”

Victoria Police Assistant Commissioner Steve Fontana said it was a great result to stop the cocaine from hitting the streets.

“Drugs are not harmless, they are not safe and they have had deadly consequences for some people,” Assistant Commissioner Fontana said.