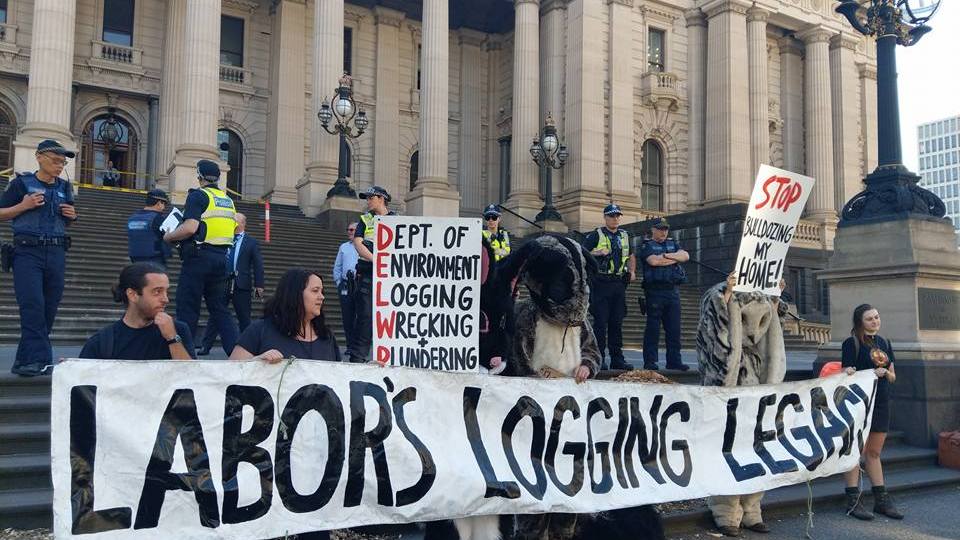 A wildlife protester has climbed Victoria's state parliament, while others dumped mulch on its steps. Photo: Disrupt 2017

Wildlife activists have scaled Victoria’s parliament and dumped mulch on the front steps to protest logging of the state’s old growth forests.

A protester abseiled from the top of the state parliament on Wednesday with a banner that said, “Don’t Fuark the Kuark” – referring to forest in far East Gippsland.

“Under the Andrews Labor government they have been logging native forests unlawfully and they’re pushing some [of] Victoria’s iconic endangered species to extinction,” Whistleblowers, Activists and Citizens Alliance spokeswoman Zianna Fuad told AAP.

The group wants the government to introduce more parks and reserves to protect wildlife, and create jobs in the environment sector.

Three people have been arrested and are currently being interviewed.

One area of parliament house has been sectioned off, but the male abseiler remains in place.