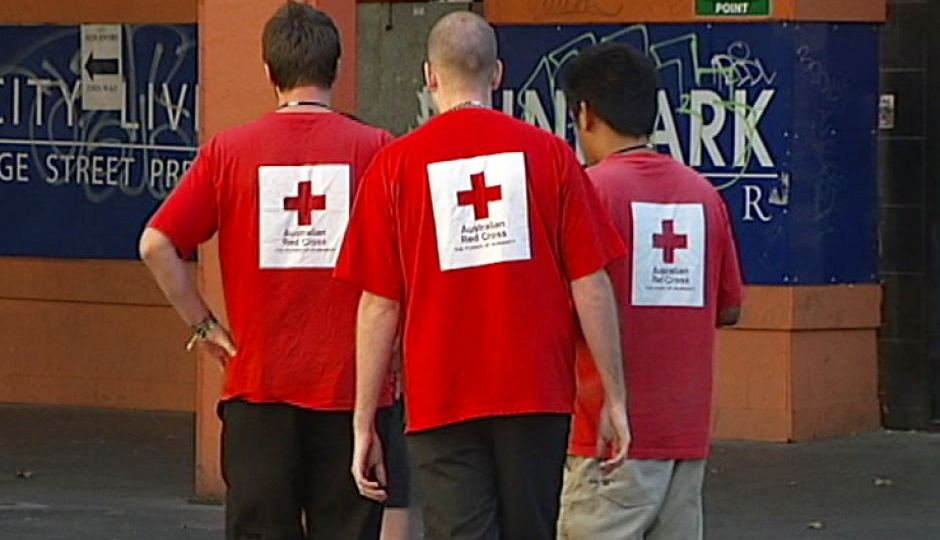 Companies targeted in the law suit employ staff for high profile businesses and charities, including the Red Cross. Photo: ABC

An Australian law firm is planning a $100 million class action against four companies it claims are underpaying people to spruik charities and products in shopping centres, on the streets and door-to-door.

Chamberlains Law Firm and the National Union of Workers (NUW) said the workers are employed as contractors by the companies and are paid as little as $3 an hour.

“These are people in Bourke Street mall and Rundle mall,” the NUW’s Godfrey Moase said.

“It is not right that someone gets paid just $3 to $4 an hour. That is terrible.

They end up in a job where they are working 60 to 70 hours a week and pulling down just a few hundred bucks.”

The minimum wage is $18 an hour, and the union will argue the companies breached the Fair Work Act.

“The level of non-compliance is so egregious,” Chamberlains Law Firm’s Rory Markham said.

“We have over 5000 Australians, that on all the data we have seen are earning less than $5 an hour. Australians from your suburbs, your malls and knocking on your doors. How can that be acceptable?”

The companies to be targeted in the lawsuit are Aida Sales and Marketing, Credico Australia, Global Interactive Group (GIG) and PCA Group, whose clients have included Foxtel, Optus, Telstra, AGL, Alinta energy, Minter Ellison Lawyers and the Red Cross.

The union said not every face-to-face or door-to-door salesperson for these companies had been underpaid.

But it said because many work on a commission, it can result in very low pay and it estimates 4000 people are working in the sector in any given day.

Many people in the industry are young, but older Australians have also been involved in the sector.

The ABC has contacted the four marketing companies named in the complaint.

In a statement, GIG said they were shocked by the class action and would “strongly repudiate” the claims.

“It appears as though the information that Chamberlains and NUW are using is out of date and not reflective of our workforce engagement model,” a spokesperson for the company said.

Two of those involved in the class action are Tim Smart and Clint Webb, who were door to door salespeople for Aida, selling Foxtel and Austar products.

They were called “roadrunners” in the company, and were assigned territories to cover.

Mr Smart said he worked six days a week for about eight years, and averaged $400 a week.

“We were constantly on the road, living at pubs, caravan parks and it was unpredictable,” he said.

“It was horrible the constant pressure to make sales, it was just soul destroying.”

He said the low pay was one issue, but another was the intense pressure put on him and others to make sales.

“For the years that I gave them I don’t think I’m ever going to catch up in life,” he said.

Mr Webb he said he worked 12-hour-long days to hit targets, six days a week, and his years in the industry has impacted him in unforeseen ways.

“I’m not here about money, all I care about is other people in the same situation to give them what can happen.”

The union said that to be part of the class action, people must join their union and pay union fees.

Chamberlain Law Firm said it will launch legal proceedings before the end of the year.

Workers being paid $3 an hour to spruik products and charities, lawsuit claims