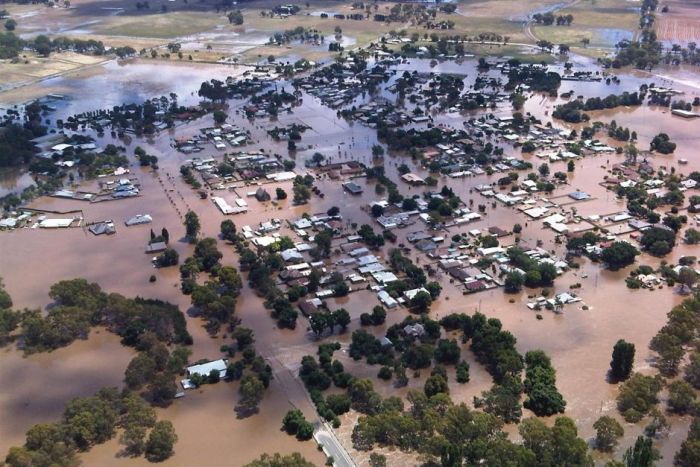 The Central Goldfields Shire Council has admitted a significant amount of flood funding has been mismanaged and cannot be accounted for, six years after it was allocated.

The small Central Victorian town of Carisbrook experienced one of its worst floods in January 2011, with 250 homes inundated and 800 residents evacuated.

Despite more than $30 million in flood recovery funding being committed to the council by the State and Federal Governments, many buildings are still waiting to be repaired and questions about where the money has gone remain unanswered.

“We had a flood threat in 2016 and to stand in front of the community at a meeting and to tell residents ‘Well hang on, it looks like we’re going to have to go through that again’ — it was just utter devastation on their faces and in this day people shouldn’t have to live like that.”

The entire Central Goldfields Shire Council was sacked by the Victorian Government in August over financial mismanagement, with former chief executive Mark Johnston facing more than 60 charges of fraud and deception.

The charges do not relate to the mismanagement of flood recovery funds.

Documents obtained by the ABC reveal the Federal Government supplied $30,895,195 in flood recovery funding to the Central Goldfields Shire Council over a five-year period since 2011.

Former councillors from the Central Goldfields Shire in regional Victoria say they are being treated as scapegoats after their chief executive was charged with financial mismanagement.

In a statement, the Central Goldfields Shire interim administrator Vince Haining said the mismanagement of grants was not being contested.

“The community of Carisbrook has raised concerns regarding potential improper use of State Government flood grants to the shire,” Mr Haining said.

“The Chief Municipal Inspector’s August Report findings confirm this assertion to be justified.”

Mr Haining said the council had adopted a reform plan to address the failings.

“The delivery of these actions will ensure that the mismanagement in the past isn’t replicated in the future.”

Mr Haining did not specify how much of the flood recovery funding had been mismanaged.

Resident Lyn Symons said it was unclear what had happened to the much of the money, with Carisbrook’s Town Hall still in need of repairs.

“It’s not very clear how the money has been appropriated; there should be money left over and it appears that there isn’t,” Ms Symons said.

“A lot of people have been questioning what’s been done – you can’t see a physical thing that has been done. Where is all that money the shire was given?”

Ms Symons said cracks in the Town Hall’s walls and leaks in its roof have not been repaired.

Business owner Michael Turton said in the 18 months after the floods, people came to check work on the Town Hall toilets.

“When questions were asked where were these new toilets? Within three or four months all of a sudden we had brand new toilets.”

CFA volunteer and Carisbrook resident Ian Boucher said the small town was put into the “too-hard basket” after the floods.

“It speaks volumes that seven years after one of the biggest events in the shire’s history, if we got a rain event now like we had in 2011, exactly the same thing would happen again today,” Mr Boucher said.

“They’ve had seven years to fix it and there’s only been minor works done.”