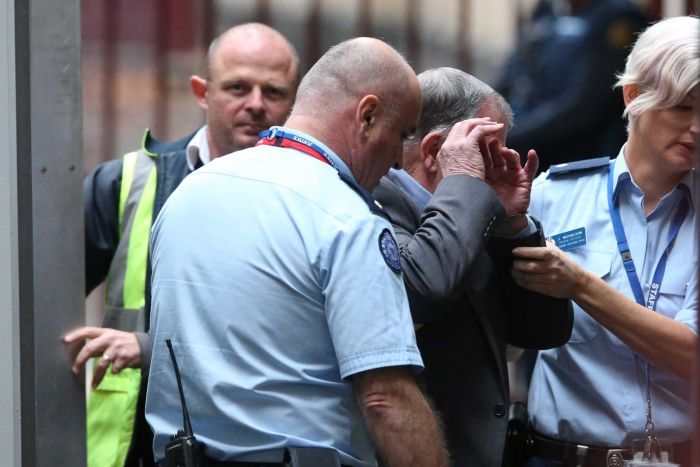 The “monster” responsible for raping and murdering a six-year-old in Melbourne’s north decades ago will live in fear of being attacked in prison for the rest of his life, a court has heard.

His pre-sentencing hearing in the Victorian Supreme Court was told the primary school student had been out buying a bag of sugar for her mother just 140 metres from her home when she crossed paths with Davies, who was driving past.

Her body was found the following day in a nearby gutter just 650 metres from the house Davies’ was living in with his mother.

It was more than 30 years before police asked him for a voluntary DNA sample, which was a match to the semen found on the young girl’s clothes.

Detectives had ruled him out as a suspect decades earlier when he provided an alibi.

Both the prosecution and Davies’ defence barrister agreed he should receive a life sentence for his crimes.

He pleaded guilty at the start of a committal hearing in the Melbourne Magistrates’ Court last May, but still maintains he cannot remember raping and killing the young girl.

The court heard Kylie’s grandfather killed himself in the wake of her death while under suspicion of involvement, and several years later her uncle also took his own life.

Kylie’s mother, Julie Ryan, told the court the death of her “little princess” had destroyed her life and led her to become an alcoholic.

“It’s a pain you can’t describe, a hole in your heart,” she said. “Conviction will make me feel better when I visit her grave.

“I haven’t had any justice, neither has Kylie.

Kylie’s uncle John Daniels said he still had severe flashbacks of identifying his niece at the morgue.

“I said to my father ‘What monster would do this to a beautiful little girl?'” he told the hearing.

The court heard Davies was attacked by fellow prisoners earlier this year when boiling water was poured on his neck and groin. He had to have skin grafts as a result.

“These injuries are in effect a permanent reminder of this offending,” he said.

He will always be in protection, he will be a marked man because of the notoriety of these matters. There is nowhere safe for him, in effect, in the prison system.”

Mr Gibson said Davies would die in jail due to his old age but nevertheless a non-parole period should be set.

He described his client as a loner whose only productive relationship had been with his second wife, who now lives in aged care and is unable to visit.

The court heard Davies had prior convictions for dishonesty offences, and was acquitted of attempted murder due to insanity in 1971 for attacking a 14-year-old girl.

As he was led from the dock, a man in the court room yelled “you piece of s––t”.

Davies will be sentenced on December 15.