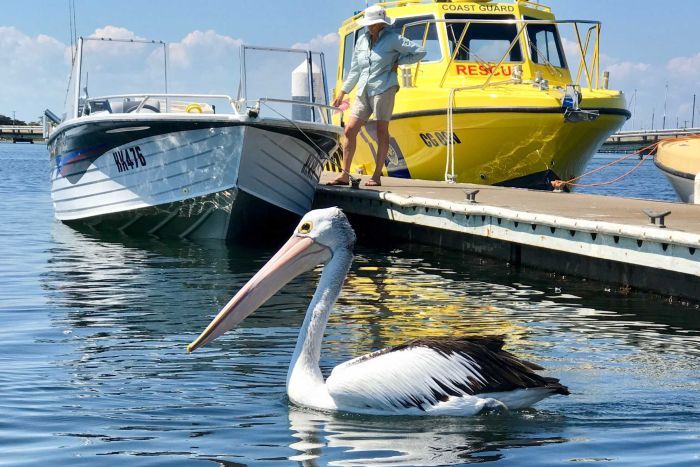 When you’ve driven right down to the end of the Bellarine Peninsula and jump out of the car, you’re hit with fresh, salty air, and quiet – but maybe not for long with a planned new housing development.

When the weather warms up, the population of the Borough of Queenscliffe jumps from 3000 residents to more than 17,000, according to the council’s most recent census data.

But the normally quiet and quaint town could now be busy all year round, as a $330-million development takes shape a few minutes away from Queenscliff, on the Bellarine Highway.

At The Point, 600 new dwellings will be built along with a shopping centre and aged care facility.

Queenscliff will have to work out how it will manage an influx of new residents, and how its services will cope without any extra money coming in.

Because of the location of The Point development, rates will go to the City of Greater Geelong, not to the Borough of Queenscliffe.

Younger demographic is moving in

Mayor Tony Francis says the plans have caused some angst in the community.

“It’s a real catch 22 for us because we need the big permanent populations to feed our businesses in the quiet time, we also don’t want that increased usage here impacting on our local residents,” he says.

“The Point development will increase the housing and the size of our community by about 45 per cent. So, it’s a massive increase to what we know.

“If you look at permanent population, that will boost that up probably three or four fold.”

In nearby Point Lonsdale, a similar boom is happening.

Real estate agent Felix Hakins says a younger demographic is moving in, and bringing their families with them.

They’re looking for five and four-bedroom homes, they’ve got flexible working hours and see the close proximity to Melbourne.”

Mr Hakins just sold a beachfront property for $6 million to a person that lives in Melbourne.

“Point Lonsdale was really classified as the God’s waiting room, where now we’re finding a lot of younger demographics are moving down here,” he says.

“We’re getting people that are wanting a dream home with views, and are able to afford that, coming down to Point Lonsdale.”

From no traffic lights to traffic jams

As more people obtain their dream home, the strain on what’s made the area so attractive grows.

David Hopkins has been a resident in the area for 30 years.

“It’s changed enormously. I mean, there were no traffic lights but we have traffic jams now,” he says.

“The outskirts, the developments that’s going there now is just amazing, but it’s a question of whether the infrastructure there can support it all.

“And it’s not that anymore but what can you do — we’re lucky enough to have it, it’s a bit hard to tell other people that they can’t have it as well.”

“I’d like to see development focus on the natural things that are already here. Focus on the coast and wineries and the fort. Anything that’s naturally already here, without over-developing,” she says.

She’s cautiously supportive of eco-friendly development that will help those in business survive during the quiet month.

“There’s not too many coastal towns within an hour and half of the city that offer what Queenscliff has. I really would like to see that kept,” she says.