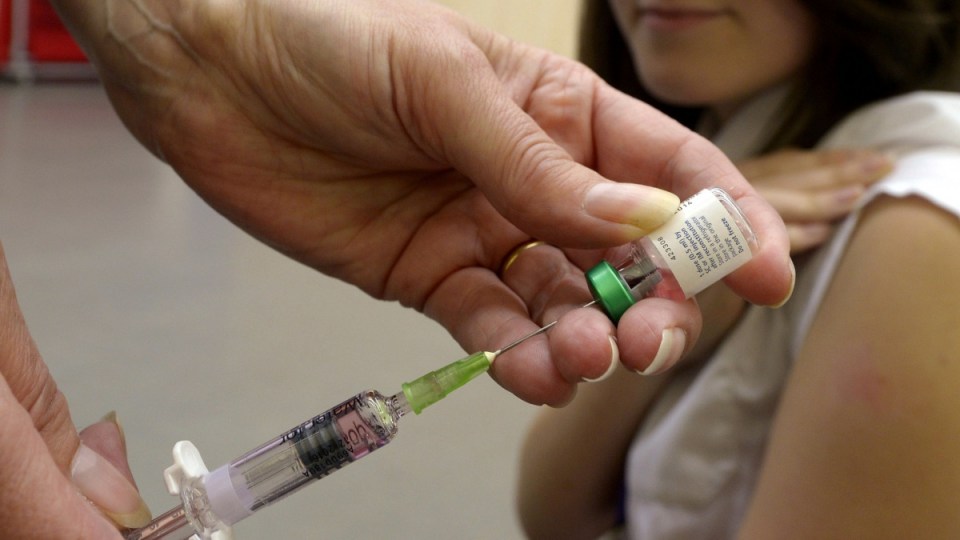 A father claimed he once had measles and had "passed on the natural immunity" to his kids. Photo: Owen Humphreys/PA Wire

There is more chance of being attacked and bitten by a dog than getting measles, an anti-vax father fighting a court order that his three children be immunised has told a Victorian judge.

Parents appeared before the Supreme Court to challenge a Children’s Court order that their three children be immunised while in the temporary care of the Department of Health and Human Services.

“There’s more chance of getting bitten by a dog than getting measles,” the father, who cannot be named for legal reasons, told Justice Robert Osborn on Wednesday.

“I do believe it is the best thing for my kids.”

The father also claimed he once had measles and had “passed on the natural immunity” to his children.

The case centres on whether the Children’s Court magistrate was empowered to order that the children be immunised while in temporary state care.

Victoria Legal Aid barrister John McLoughlin, acting for the parents, believes the magistrate overstretched his powers when he made the order.

“The order that was made went beyond the proper use of the powers,” Mr McLoughlin said.

“It involves the encroachment into the area of parental responsibilities.”

Mr McLoughlin argued the temporary nature of the order meant it could not make “irreversible decisions like immunisation” or impose conditions with long-term effects.

However, Ian Freckelton QC, for the department, argued the magistrate acted within his powers and the court was entitled under the law to act in the best interests of children.

Justice Osborn has invited the Human Rights Commissioner and Victorian attorney-general to intervene in the case.

He will deliver his judgement at a later date to be decided.