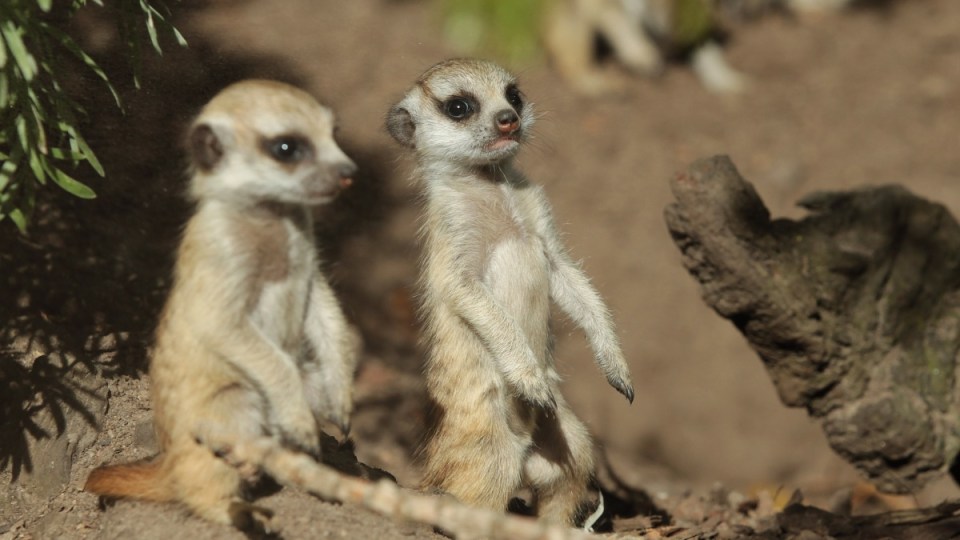 Four minuscule meerkat pups have played peek-a-boo with delighted Victorian schoolkids in the spring sun as Melbourne Zoo’s newest residents popped their heads up for the first time.

Melbourne Zoo keepers spotted the three-week-olds, the first meerkats born at the zoo in two years, pop their heads out of their burrow before they plucked up the courage to go for a stroll.

Under the watchful gaze of mother Sam, father Jubjub and two other male sentries, the four furry critters cuddled up in front of Diamond Creek East Primary School students on Tuesday.

“It’s been about a week that they’ve been consistently spending more time outside, and it correlates with the warmer weather.”

There's always someone who looks the wrong way in every family photo… A big congrats to the meerkats at #MelbZoo who recently welcomed four ADORABLE pups! pic.twitter.com/pdzetXv65V

The genders of the tiny foursome, who remain milk-dependent, will be determined as part of their first examination in coming weeks, with keepers reluctant to interrupt the bonding process.

“We’ve been very gentle to ensure we don’t impose any stress on the adults and the pups,” Ms Melvin said. “They’re doing really well.”

The typically chilled-out meerkat gang is usually on the lookout for potential threats but when there’s food about, their defences drop.

“It’s a bit frantic,” the keeper said, handing out minced meat to the carnivorous cuties.